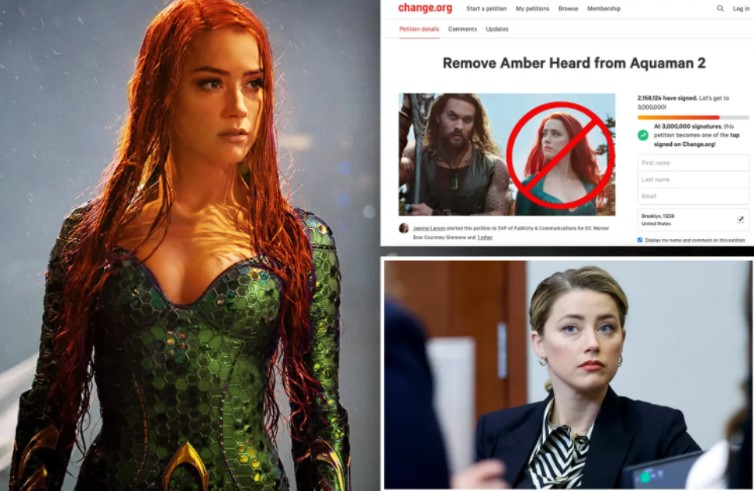 Incensed Johnny Depp fans can’t wait to cancel Amber Heard: A petition calling for the actress to be dropped from Aquaman 2 has reached over 2 million signatures amid the actor’s ongoing defamation suit.

“Do the right thing. Remove Amber Heard from Aquaman 2,” implored creator Jeanne Larson in the description of the Change.org petition, which was created in 2020.

The campaign’s goal is 3 million signatures, upon which fans hope that Heard will be prevented from reprising her role as Princess Mera in the James Wan-directed superhero sequel, which wrapped shooting in January, the New York Post reports.

The Depp supporter said that she began the campaign because she believes allegations that Heard, 36, had “been exposed as a domestic abuser” by the 58-year-old Pirates of the Caribbean star.

She went on to name the purported “many examples of domestic abuse” such as when Heard allegedly punched her then-hubby in the face.

She also referenced the alleged incident where the Aquaman actress severed Depp’s fingertip by throwing a vodka bottle at him. 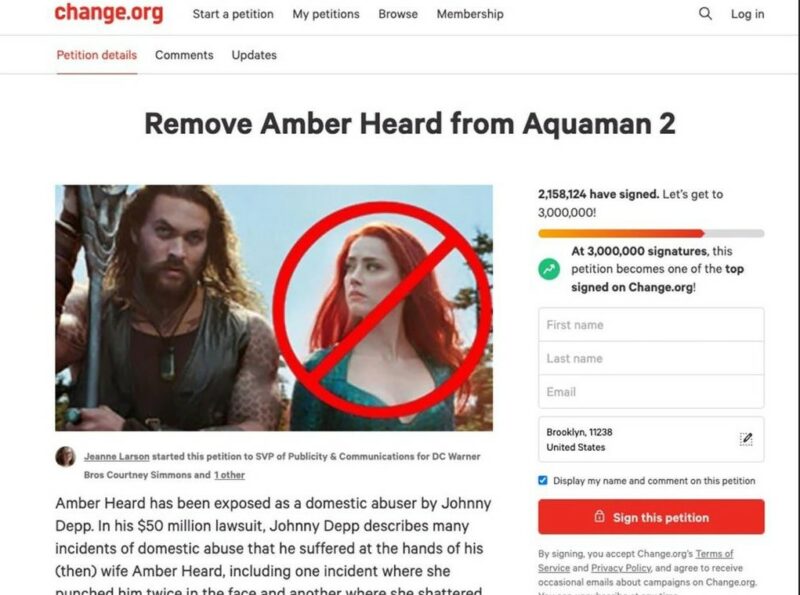 “About the incident during which she shattered the bones in Johnny Depp’s finger and nearly severed it, causing Depp to require surgery to reattach and repair it,” Larson wrote of the allegations.

“He will bear the scar from that for the rest of his life.”

“Men are victims of domestic abuse, just like women. This must be recognised, and action must be taken to prevent a known abuser from being celebrated within the entertainment industry,” she claimed.

Fans also undoubtedly view the petition as reparations for Depp being dropped by Disney in his role as Captain Jack Sparrow in the fifth Pirates of the Caribbean movie after Heard accused him of abuse.

On Wednesday, a former agent for Depp testified that the emotional trauma of Heard’s abuse allegations had cost him the film franchise.

Meanwhile, Heard had initially dismissed the petition as a paper tiger.

Future Teams Up With Ye For Merchandise Collaboration To Support New Album, I Never Liked You

Andy Goram has died at the age of 58 after a short battle with cancer. END_OF_DOCUMENT_TOKEN_TO_BE_REPLACED

A woman who went viral 2 years ago for marrying the man who caught the garter after she caught the bouquet at their friends’ wedding, has shared an update on their marriage. END_OF_DOCUMENT_TOKEN_TO_BE_REPLACED

Liverpool star, Mohamed Salah has committed his future by signing the biggest deal in the club’s history. END_OF_DOCUMENT_TOKEN_TO_BE_REPLACED

R. Kelly has been placed on suicide watch at the federal detention facility in Brooklyn where he is being held following his sentencing to 30 years in prison on racketeering and sex trafficking charges. END_OF_DOCUMENT_TOKEN_TO_BE_REPLACED

A new photo of Nipsey Hussle’s murder suspect Eric Holder has surfaced online following reports that the alleged killer was attacked in his holding cell. END_OF_DOCUMENT_TOKEN_TO_BE_REPLACED