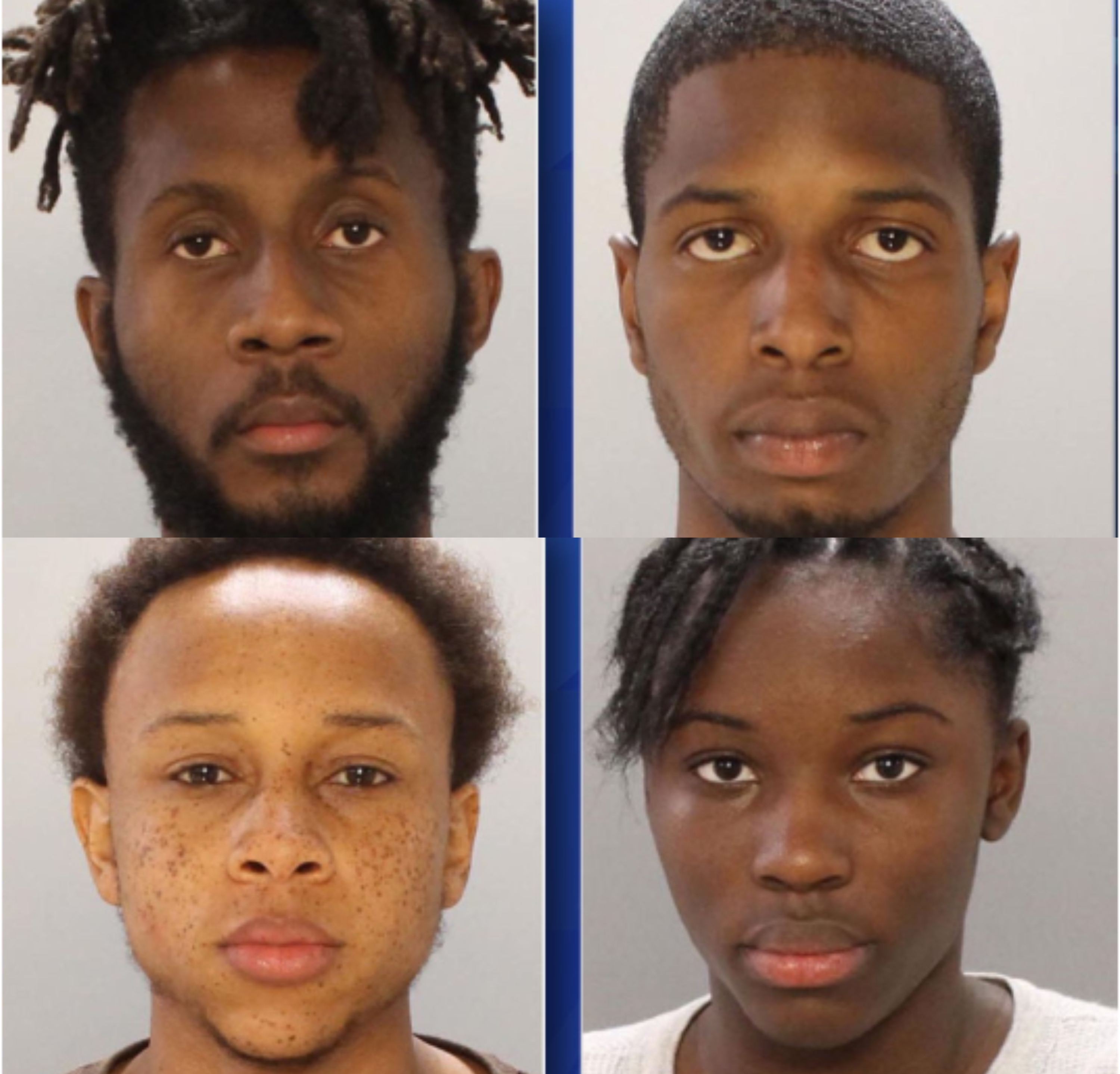 Southwest Philadelphia police have released photos of four suspects arrested in connection with the murder of Nana Yaw Opoku popularly known as Junior US.
Junior US, 33, was shot in his apartment at the 7700 block of Lindbergh Boulevard on April 18.

According to Southwest Philadelphia Police, the men shot him and fled. Junior US died on the spot.

Police report and Viral CCTV footage of Junior’s murder reveals three women were with him at the time of the shooting and fled the scene with the male suspects in a gray Chevy Malibu.

Nana Yaw Opoku aka Junior US was laid to rest on 1st June 2019 at Krofrom, a suburb of Kumasi in the Ashanti Region of Ghana.

Bose Ogulu has told her son Burna Boy to “tone down the madness” as she celebrated his birthday. END_OF_DOCUMENT_TOKEN_TO_BE_REPLACED

The Hewale Lala (Song Of strength) hit maker Perez Musik gets ready to have his first-ever major concert. END_OF_DOCUMENT_TOKEN_TO_BE_REPLACED

Kofi Sonny, CEO of 610Music, a direct representative for Universal Music Group in Africa, unveiled two of his newly signed artistes to the world over the weekend. The event pulled in dignitaries from all over the globe to witness what many have dubbed “the birth of greatness.” END_OF_DOCUMENT_TOKEN_TO_BE_REPLACED

GuiltyBeatz is ringing in the summer! The Grammy-nominated Ghanaian producer and DJ is back with another dazzling solo effort – an Amapiano-infused dance anthem ‘Universe’ featuring Pop sensation, Mr Hudson and buzzing Ghanaian singer, Twitch 4EVA. END_OF_DOCUMENT_TOKEN_TO_BE_REPLACED