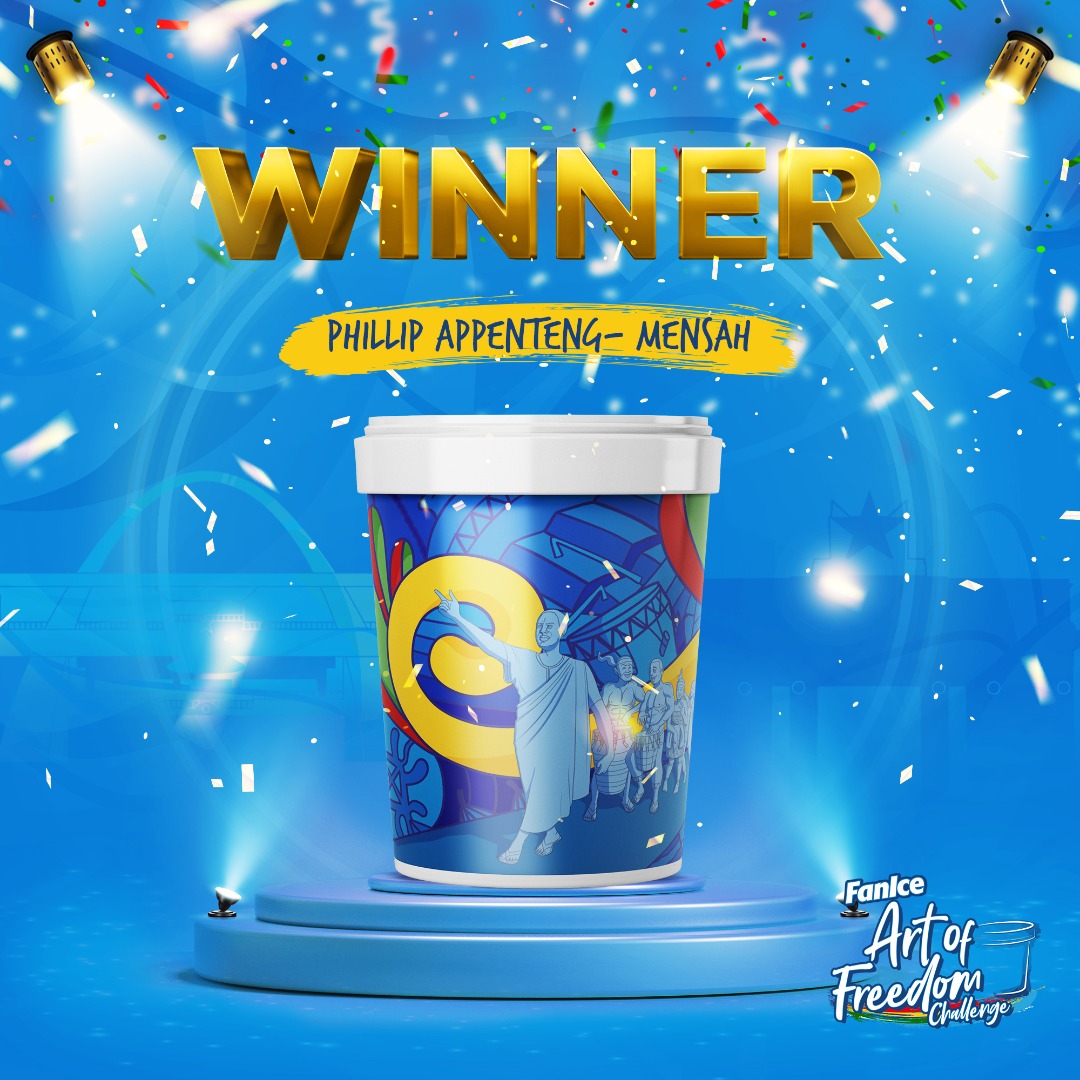 Philip Appenteng-Mensah has been announced as the winner for the FanIce Art of Freedom Challenge.

Philip won the race to design limited-edition freedom tubs  for FanIce. He received  GHS 30,000 worth of cash, equipment and creative supplies.

There were many mind-blowing designs from over 300 entries. Blessed Adu-Yeboah, Stephen Appiah, Linus Prepah Fordjour and Felix Frempong made it to the Top 5!

The “FanIce Art of Freedom Challenge” was to celebrate  64 years of Ghana’s independence, while supporting and engaging talented and creative visual artists who express themselves and pursue creative freedom in their work.

The competition gave artists  the creative freedom to reimagine and create a playful, colourful and fun new label for the Limited-Edition Freedom tubs, which would be out-doored later this year.

Related Topics:FanIce Art of Freedom Challenge
Up Next

FEATURE: The dying fishes: an unsafe shore for Ghanaians