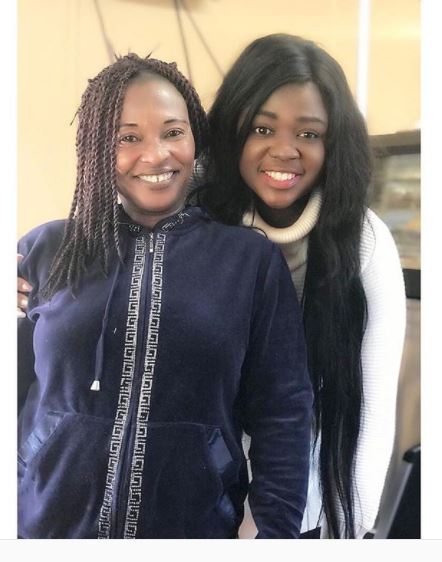 Kyeiwaa, who appears to have relocated to the United States of America, seems to have reinvented herself. She has been looking very young and pretty in all her new photos and this new one has people wondering what she’s been up to in the US. Has the popular comedic actress retired from the movie business? It has been a while since she landed a major role. Tracey Boakye who is on a tour of America and Europe caught up with Kyeiwaa who now looks 10 years younger. What do you think of her new look?]]>