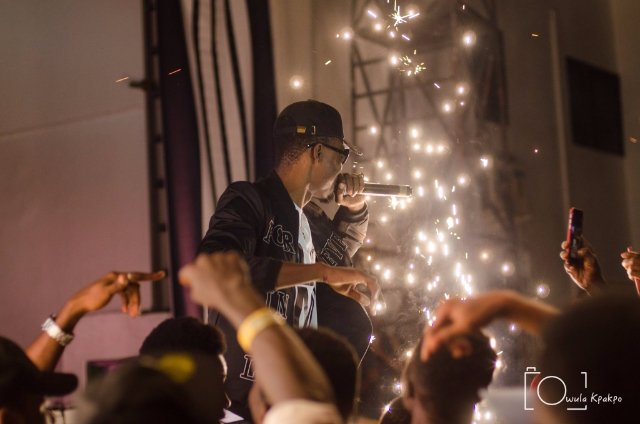 Hip-Hop fans thronged Alliance Française over the weekend to witness the fourth edition of the B.A.R (Best African Rapper) concert by multiple-award-winning rap star, singer and producer, E.L. Known in real life as Elom Adablah, the B.A.R concert has become an annual event, which seeks to promote the Hip-Hop music. Christened the B.A.R Concert, E.L together with other artistes thrilled patrons with live band performance on the night, proving why E.L has been dubbed the ”B.est A.frican R.apper”. The night witnessed performances from Joey B, Edem, Worlasi, Stargo, Edem, A.I., Kaanan from Togo, DJ Mic Smith, Adomaa, Magnom, M3DAL, Dopenation and Kula among other gifted artists. The night also highlighted budding talents such as Kev, Bard Company and LJ. The host, E.L also didn’t disappoint when he dropped one song after the other from all the B.A.R mixtapes and albums as well as popular Hip-Hop from his other projects. E.L’s BAR 4 mixtape is on Aftown and will available in all digital stores worldwide for purchase and streaming this week. See performance images courtesy Owula Kpakpo Photography:

Photos: Under 40 CEOs Forum inspires many in Accra

Ruth Quarshie gets rousing welcome back home, plus 7 times she stunned the world at Miss Universe