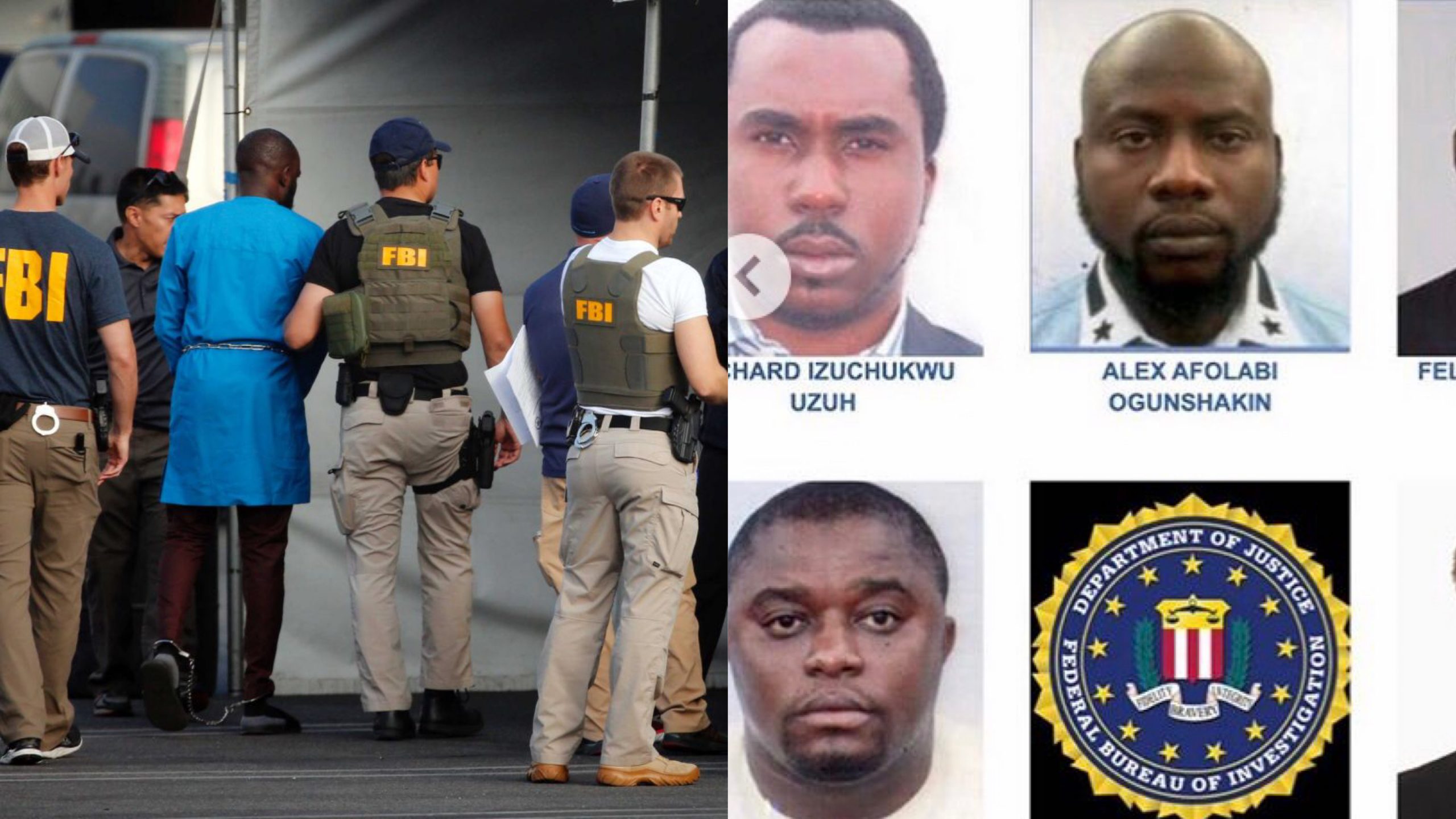 In a statement on the micro-blogging site, Twitter on Saturday, the US intelligence and security service asked for tips on how to catch the six Nigerians.

“Help the #FBI find six Nigerian nationals wanted for their involvement in business email compromise (BEC) schemes resulting in over $6 million in losses,” the tweet read.

The FBI said Ogunshakin, Uzuh, Okpoh, Kayode and Benson are all wanted on charges of conspiracy to commit wire fraud.

“Alex Afolabi Ogunshakin is wanted for his alleged involvement in a Business Email Compromise (BEC) scheme that defrauded over 70 different businesses in the United States resulting in combined losses of over $6,000,000 USD. “Ogunshakin allegedly provided bank accounts to Richard Izuchukwu Uzuh, and other co-conspirators Felix Osilama Okpoh, Abiola Ayorinde Kayode, and Nnamdi Orson Benson, that were used to receive fraudulent wire transfers,” the FBI said on their website.


“On August 21, 2019, Ogunshakin was indicted in the United States District Court, District of Nebraska, Omaha, Nebraska, on charges of Conspiracy to Commit Wire Fraud. “On August 22, 2019, a federal warrant was issued for his arrest.” 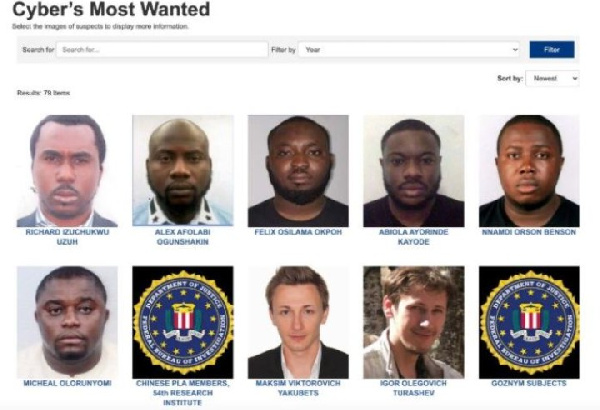 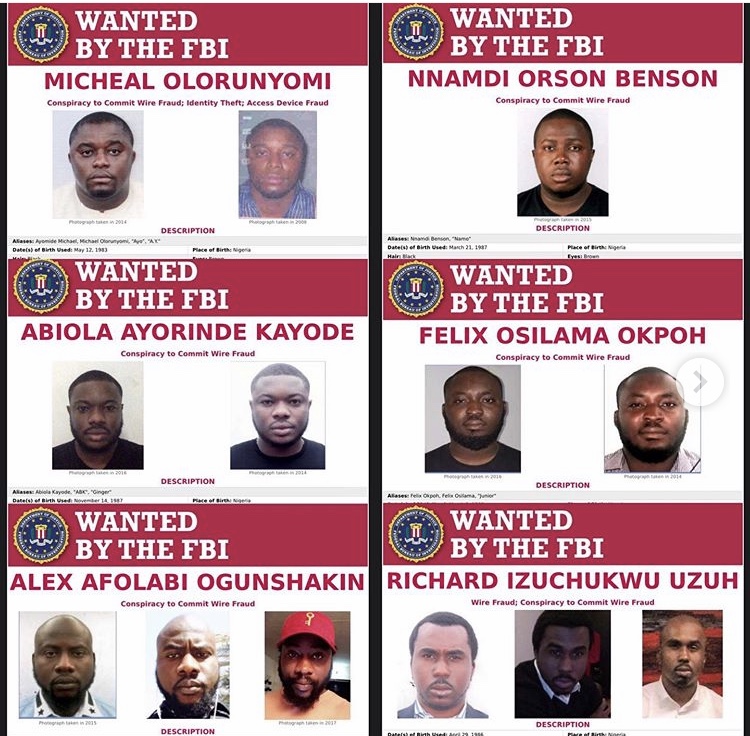 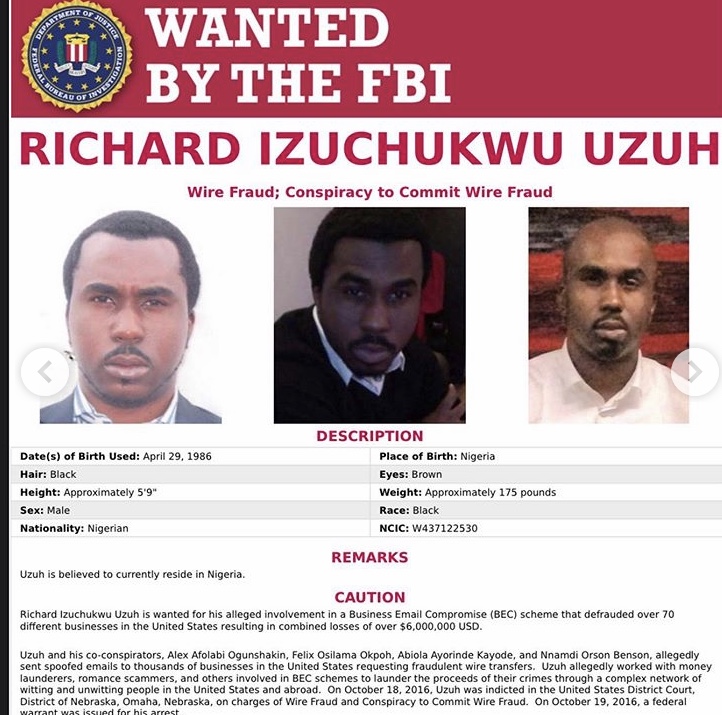 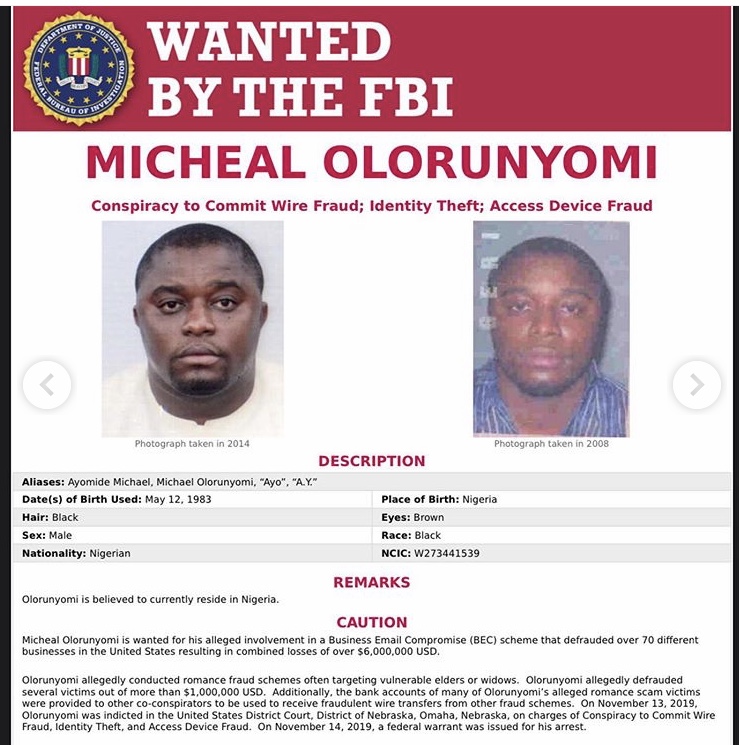 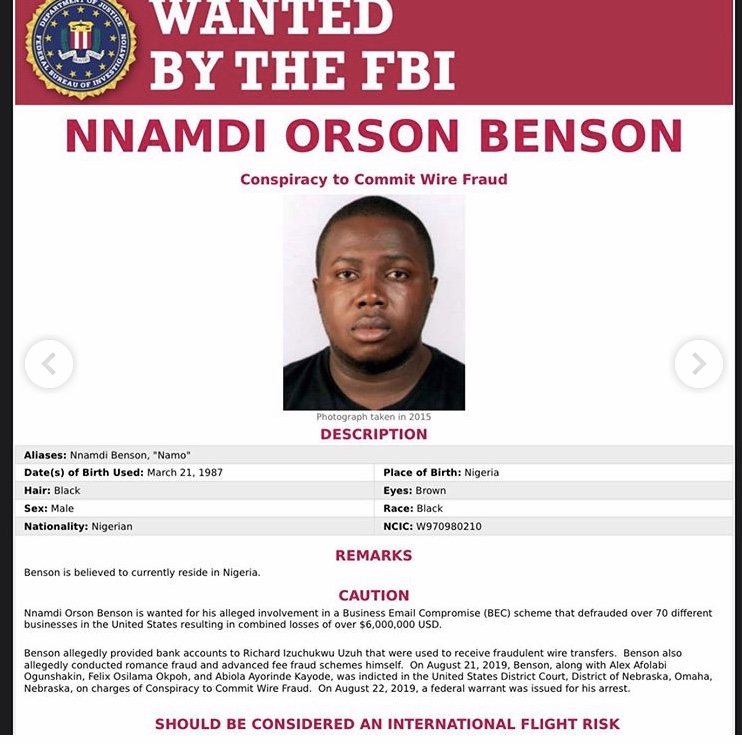 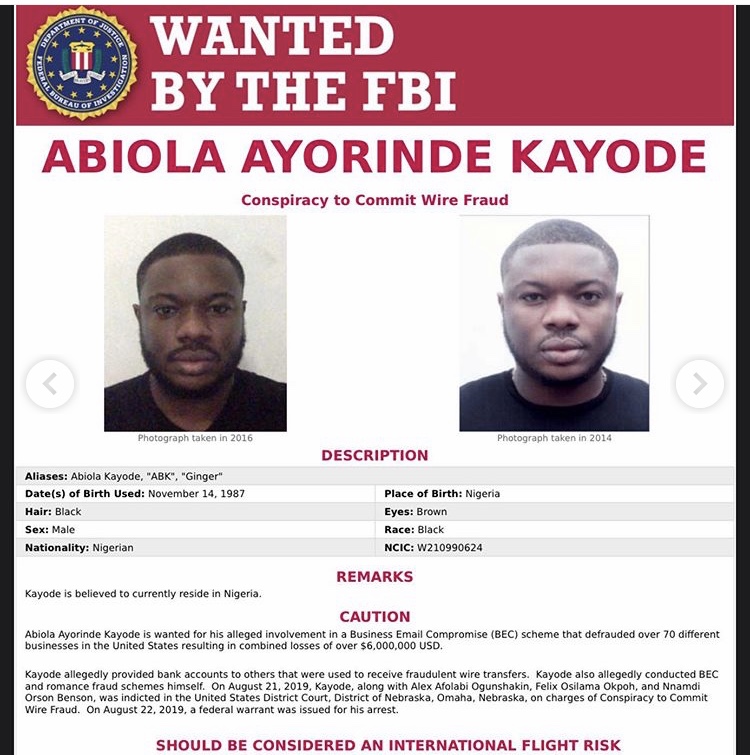 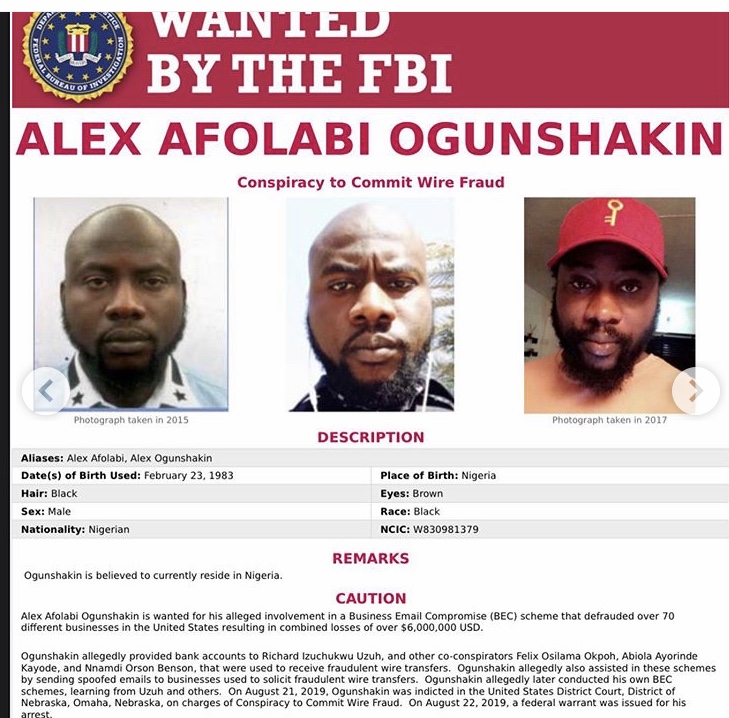 Ghanaian musician and songwriter Kwame Nsiah-Apau, popularly known as Okyeame Kwame, says he has never cheated on his wife since they married 16 years ago. END_OF_DOCUMENT_TOKEN_TO_BE_REPLACED

TV3 and 3FM’s entertainment journalist and television host, Gloria Akpene Acquah, popularly known as MzGee, has quit her job with the Media General after 2 years. END_OF_DOCUMENT_TOKEN_TO_BE_REPLACED

Lynx Music signee, Kuami Eugene has called out social media users who are usually seen jamming to other nationals’ songs on Tiktok to equally do more videos with Ghanaian songs. END_OF_DOCUMENT_TOKEN_TO_BE_REPLACED