American singer Joe Jonas and Game Of Thrones actress, Sophie Turner had their highly-anticipated second wedding over the weekend and photos from the lavish ceremony have now been released by the couple.

The wedding was a sunset ceremony which took place at the Château du Martinet in the South of France.

Sophie, 23, and Joe, 29, respectively shared photos from their wedding, shot by renowned photographer Corbin Gurkin, on their Instagram accounts, with the simple caption “Mr and Mrs Jonas.”

Sophie, who shot to fame playing Sansa Stark in Game of Thrones, looked resplendent in a custom-made Louis Vuitton gown. Joe, one of the popular Jonas Brothers, looked dapper in a sharp black Berluti suit.

On Friday, one day before their big day, the couple made a statement by wearing matching red outfits to their rehearsal dinner, while their guests all wore white. They were pictured arriving at the Hotel La Mirande in Avignon, France, for their second wedding.

Charlie Puth, Ricky Martin, Sarah Hyland, and Lena Headey were amongst the celebs to congratulate the couple in the comments. Even Drake liked the wedding picture!

See the photos below. 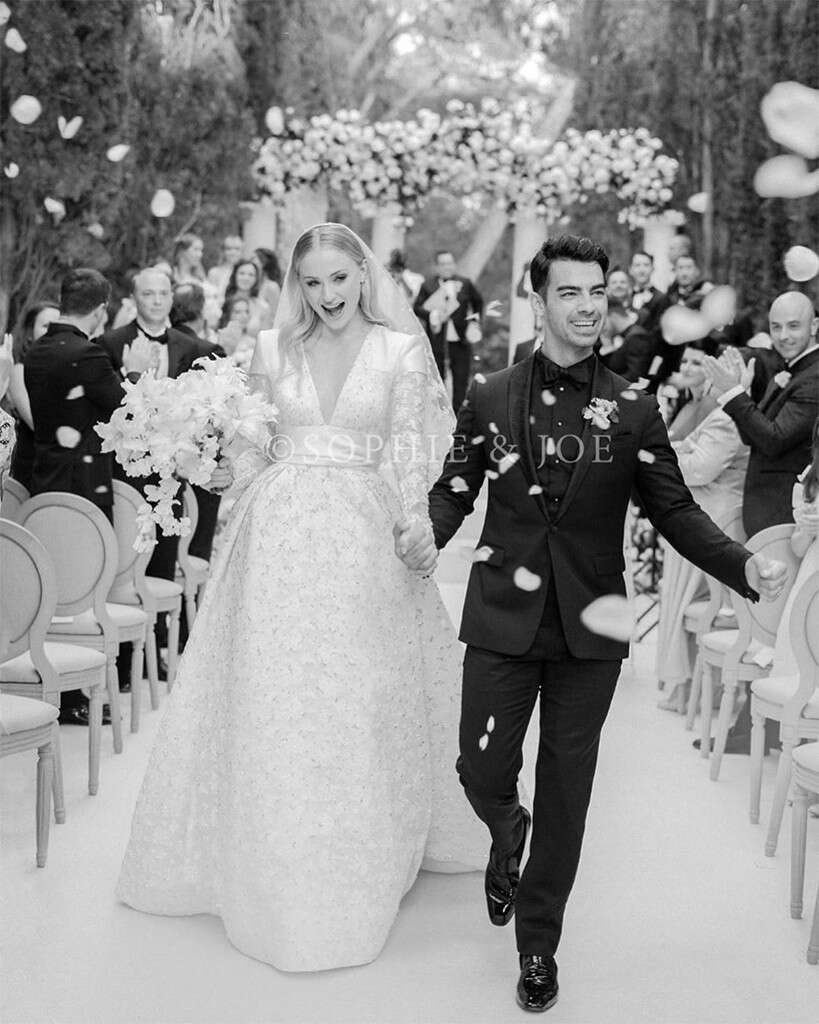 Watch: Osebor’s “fashion madness” gets featured on the BBC