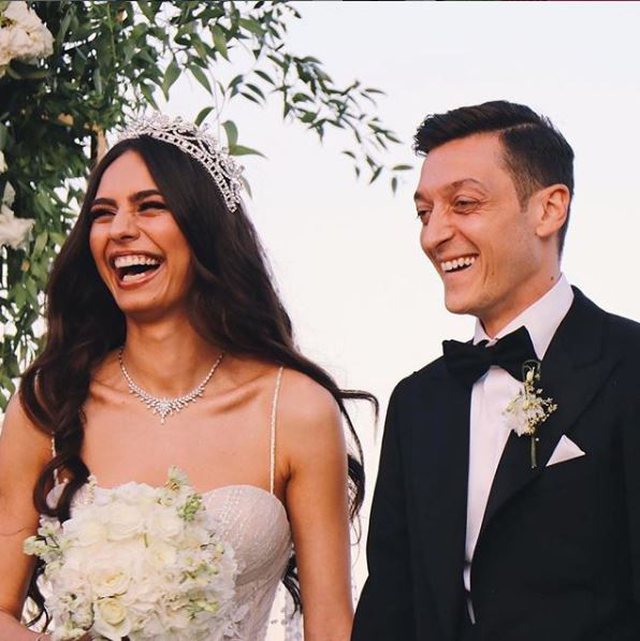 30-year-old Arsenal midfielder, Mesut Ozil married his fiancee, former Miss Turkey Amine Gulse, at a luxury hotel on the banks of the Bosphorus.

Turkish president, Recep Tayyip Erdogan was in the wedding party as  Mesut Ozil tied the knot on Friday.

State-run Anadolu news agency said the controversial Erdogan and his wife, Emine, were legal witnesses for Ozil, who married model, actress and former Miss Turkey Amine Gulse in Istanbul. Secular Turkish weddings require a witness each for the bride and groom.

Ozil, a German player of Turkish descent, quit Germany last year after he was criticised for posing for a photograph with Erdogan before the World Cup.

The couple first started dating in 2017, and announced their engagement in June 2018. 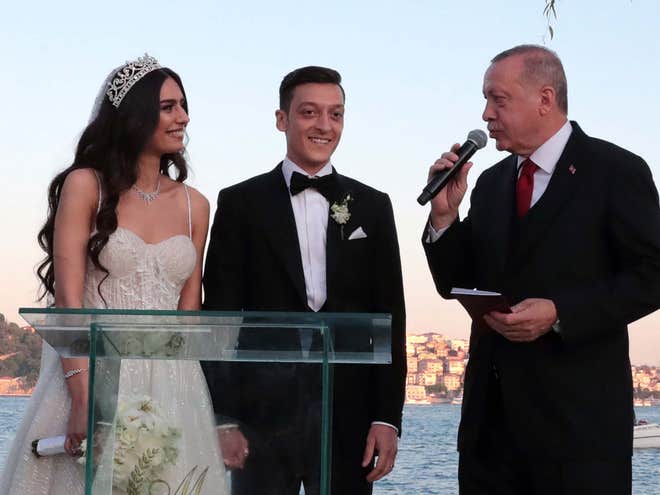 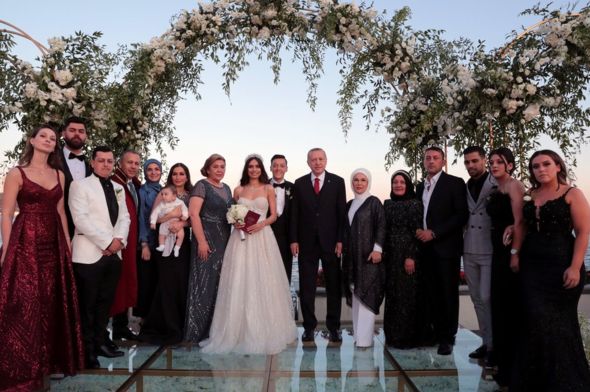 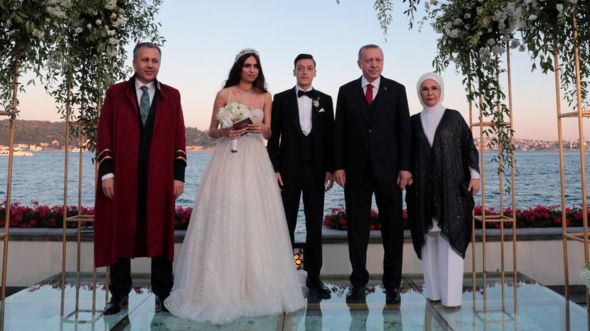 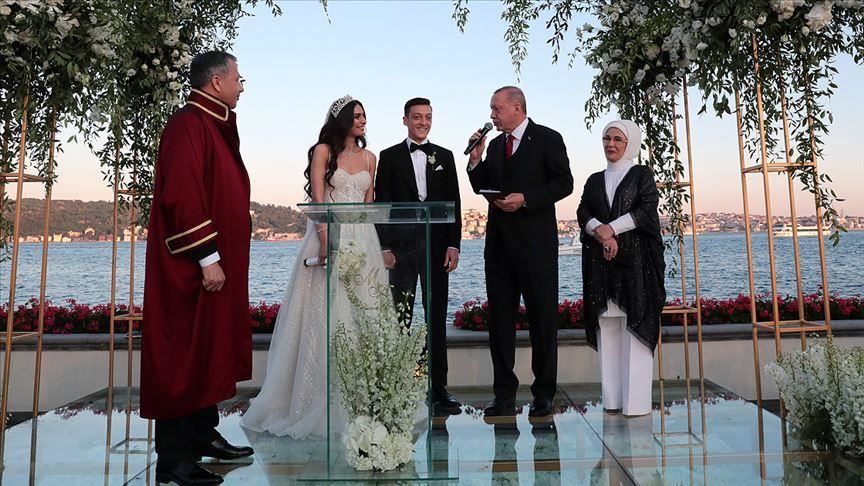 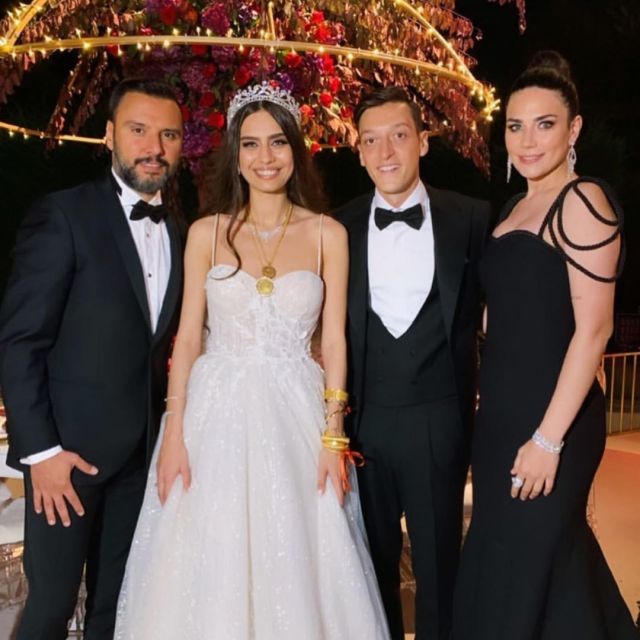