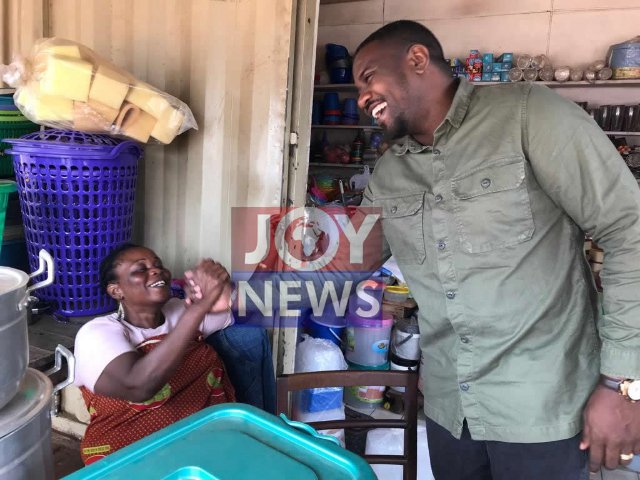 Actor John Dumelo has started his campaign in earnest to win the Ayawaso West Wougon seat in the 2020 elections with a visit to the Tesano Santana market.Fresh from winning the mandate to represent the National Democratic Congress (NDC) during the party’s primaries over the weekend, the actor is hoping to take his dream a step further to become the Member of Parliament (MP) for the area.

Barely 48 hours after winning, the actor was spotted by JoyNews effectively campaigning and interacting with some people, particularly traders at the Tesano Santana market, Monday morning.

After spending about an hour there, he told JoyNews that he was greeting his constituents and “introducing myself to the market women.”

He noted that he will win the 2020 parliamentary election through “effective door-to-door campaign,” which he has officially started.

Mr. Dumelo got the mandate to represent the NDC in the Ayawaso West Wougon constituency by beating Suzzy Afua Adoboe.

Watch: I paid between GH¢10,000 and GH¢30,000 for my plastic surgery at Dr Obengfo – Nana Frema
WATCH: Exclusive highlights and winners of Golden Movie Awards 2019
Advertisement