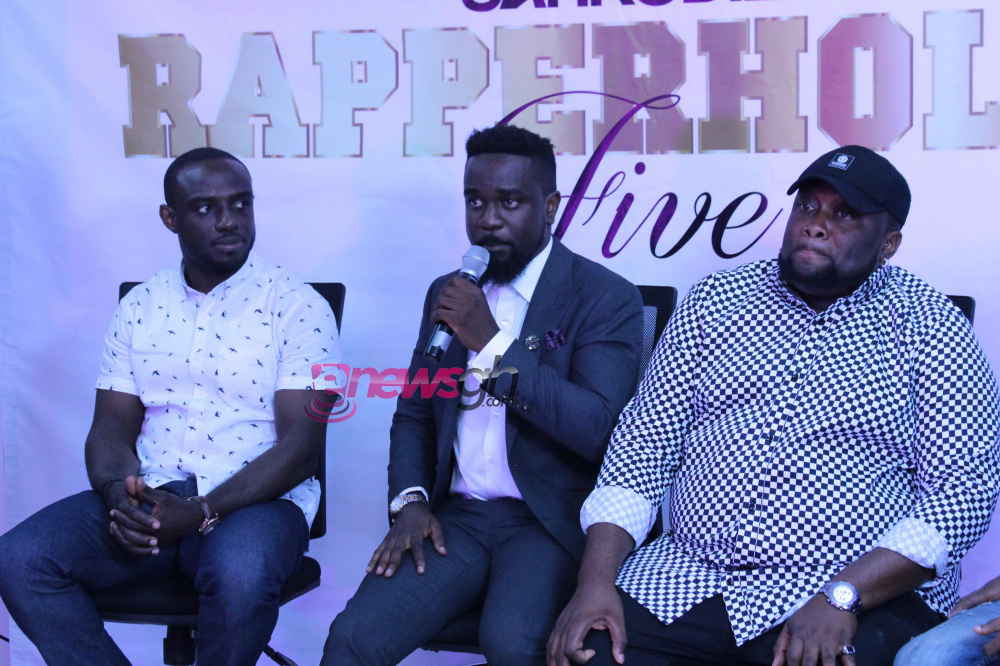 The 2017 edition of Sarkodie’s Rapperholic Concert has officially been launched in a brief ceremony at the Multichoice head office in Accra. The fifth year running, the show is slated for the Accra International Conference Centre on Christmas Day. It is a collaboration between Sarkodie’s SarkCess Music, and A Team Productions. While organisers are tight-lipped about supporting acts on the night, they have confirmed UK-based band Compozers on the night. As is characteristic of past editions, an extensive array of both local and international acts is to be expected. https://ameyawdebrah.com/iceberg-slim-embarks-media-tour-reveals-shot-music-video-ghana/ Sarkodie recently released his fifth album “Highest”, which follows Makye (2009), Rapperholic (2012), Sarkology (2014), and Mary (2015). Consisting 18 songs, it features collaborations with both local and international heavyweights as Big Narstie, Victoria Kimani (Kenya), Moelogo (UK), Spoken Word act Suli Breaks (UK), Korede Bello (Nigeria), Praiz (Nigeria), Yung L (Nigeria), Jesse Jagz (Nigeria), Flavour (Nigeria) and Bobii Lewis (UK). A multiple-award-winning act, Sarkodie is CEO of his independent imprint  SarkCess Music, which is also home to singer Akwaboah, and fellow rap act Strongman. See images from the launch/courtesy Enewsgh.com

Photos from Wisa Greid's star-studded 'I Miss You' video premiere