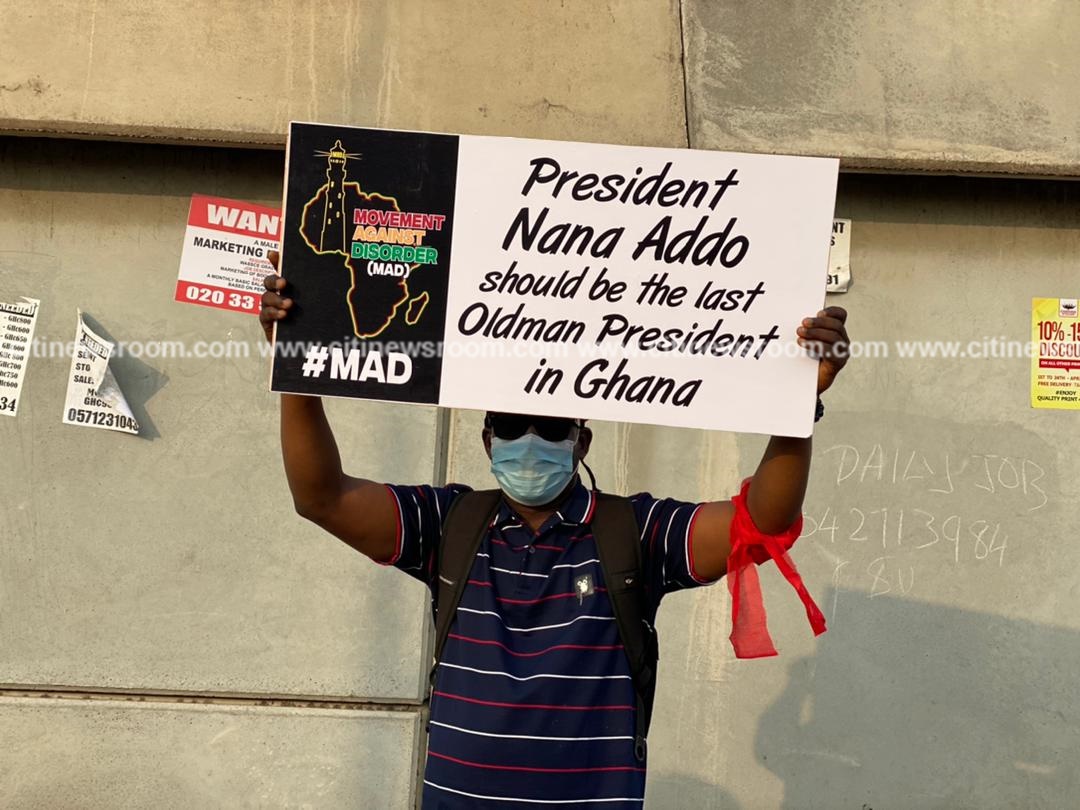 Several Ghanaians gathered at the Obra Spot at the Kwame Nkrumah Circle this morning to partake in the ‘Fix the country’ demonstration.
The protest is geared towards getting the government to pay attention to the plights of Ghanaians across the country.
The protests began online in May following an increase in fuel prices, Liquefied Petroleum Gas (LPG) prices as well as a water crisis in some areas.
It gained more traction when call and data charges were increased due to the increase in the National Health Insurance Levy by the government.

The group had earlier tried to embark on a peaceful protest on the streets but were stopped by the Police, who secured an injunction against the move.
However, after several failed attempted to stage the demo, it was finally set for Wednesday, August 4, 2021, which coincides with the Founders’ Day celebration.
Several Ghanaians have already gathered this morning at the Obra Spot to join in the ‘Fix the country’ demonstrations.

See photos from the protest below:

The #FixTheCountry protesters begin their march from Kwame Nkrumah Interchange and in solidarity begin to chant patriotic songs.#CitiCBS pic.twitter.com/YcOfkJs7JF

Ghanaian actress, Bisa Gbekle has revealed that it’s not all rosy when going under the knife to get your body enhanced. END_OF_DOCUMENT_TOKEN_TO_BE_REPLACED

Ghanaian actress, Bisa Gbekle became the talk of town over the past few weeks after she flew all the way to Turkey to undergo body enhancing surgery. END_OF_DOCUMENT_TOKEN_TO_BE_REPLACED

Ghanaian actress, Bisa Gbekle became the talk of town over the past few weeks after she flew all the way to Turkey to undergo body enhancing surgery. END_OF_DOCUMENT_TOKEN_TO_BE_REPLACED

Ghanaian actress, Yvonne Nelson, has come to the defence of veteran actor, Psalm Ajetefio (TT), over his “plead for leftovers” scandal that has hit the country over the past couple of days. END_OF_DOCUMENT_TOKEN_TO_BE_REPLACED

Despite public opinion that actress Yvonne Nelson has gone silent on the current ruling party, the New Patriotic Party (NPP), she begs to differ. END_OF_DOCUMENT_TOKEN_TO_BE_REPLACED