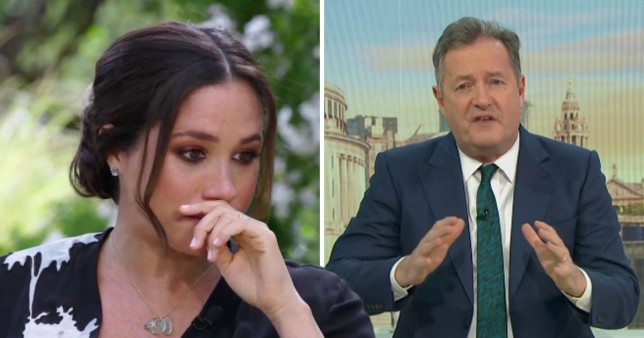 In a statement, ITV said: “Following discussions with ITV, Piers Morgan has decided now is the time to leave Good Morning Britain.

“ITV has accepted this decision and has nothing further to add.”

The announcement comes after broadcasting regulator Ofcom launched an investigation after it received more than 41,000 complaints regarding comments made by the presenter following Harry and Meghan’s interview with Oprah Winfrey.

After a clip aired of Meghan discussing her issues with mental health and suicidal thoughts and royal official’s knowledge of them, Morgan said during Monday’s program: “I’m sorry, I don’t believe a word she says.

“I wouldn’t believe her if she read me a weather report.”

An Ofcom spokesperson said: “We have launched an investigation into Monday’s episode of Good Morning Britain under our harm and offense rules.”

Related Topics:Piers Morgan
Up Next