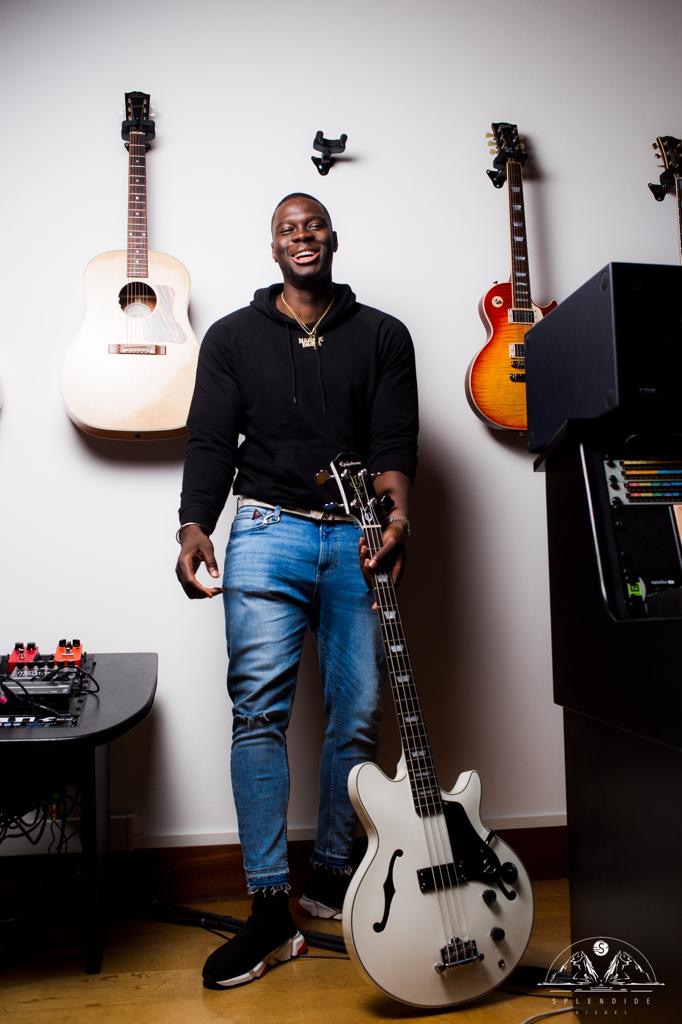 Snowballing ever since, the platinum-status virtuoso now boasts of collaborations with A-listers like Fetty Wap, Kid Ink, Hip-Hop veteran, Twista and French rapper, La Fouine. Currently pegged among the industry’s finest and deservingly so, Drama now seeks to widen his scope and is set on working with some of Africa’s household names to create some audio magic.

On a phone conversation centered on his next big move, Majestic Drama disclosed he had his sights set on some Ghanaian artists to spearhead his African music debut. Elaborating on his choice for Ghanaian acts, he remarked: ”In Africa, the major players for Afro music are Ghanaian and Nigerian artists. After producing for Kwaw Kese, I learned a lot about Ghana and its potential in becoming a global force in music”. He later went on to list his dream team, one which includes the likes of Sarkodie, Shatta Wale, Stonebwoy, E.L and M.anifest. However, Drama did point out he was generally ready to work with other ”willing” Ghanaian musicians who wanted to further thrust the country’s ingenuity.

Born in Dakar, Senegal, Abdoulaye Diop is now based in Los Angeles, California. Amid his critical acclaim and platinum tag, Majestic Drama has always remained true to his African roots and his sounds are a testimony to his loyalty. Majestic Drama has so much thrill to give and with a new record to further spice up his catalogue, the world is yet to taste his best.

Check out his new song ‘Delta Hill Fiders’ (Shine On) featuring MeetSims below and be on the lookout for its remix which has a spot on French Montana’s forthcoming album. Do well to visit his website too https://majesticdrama.com/ for more exclusives.

Stay up to date with Majestic Drama by following his socials for more news about upcoming releases and more.

Related Topics:Majestic Drama
Up Next

Watch: I was a god to Nana Aba Anamoah- Osebo to trolls who think he isn’t fit to be Nana’s baby-daddy

Ghanaian Media Personality, Jessica Opare Saforo has stated that working for close to two decades in the media took the best parts of her life. END_OF_DOCUMENT_TOKEN_TO_BE_REPLACED

In January, 2022, social media was hit with the news about the departure of Media Personality, Jessica Opare Saforo from the Citi FM and Citi TV family. END_OF_DOCUMENT_TOKEN_TO_BE_REPLACED

Ghanaian artistes are showing up and showing out at the 2023 Soundcity MVP Awards. END_OF_DOCUMENT_TOKEN_TO_BE_REPLACED

Africa’s most decorated rapper, Sarkodie has just announced that he’s touring the world this year! END_OF_DOCUMENT_TOKEN_TO_BE_REPLACED

Award-winning Ghanaian rapper, Sarkodie has shared some tricks he thinks Ghanaian rappers can use to enhance their flow of rap and uniqueness when it comes to music craft. END_OF_DOCUMENT_TOKEN_TO_BE_REPLACED

Ghanaian rapper, Medikal has stated that his relationship with his ex-girlfriend, Sister Deborah was a mutually beneficial one. END_OF_DOCUMENT_TOKEN_TO_BE_REPLACED