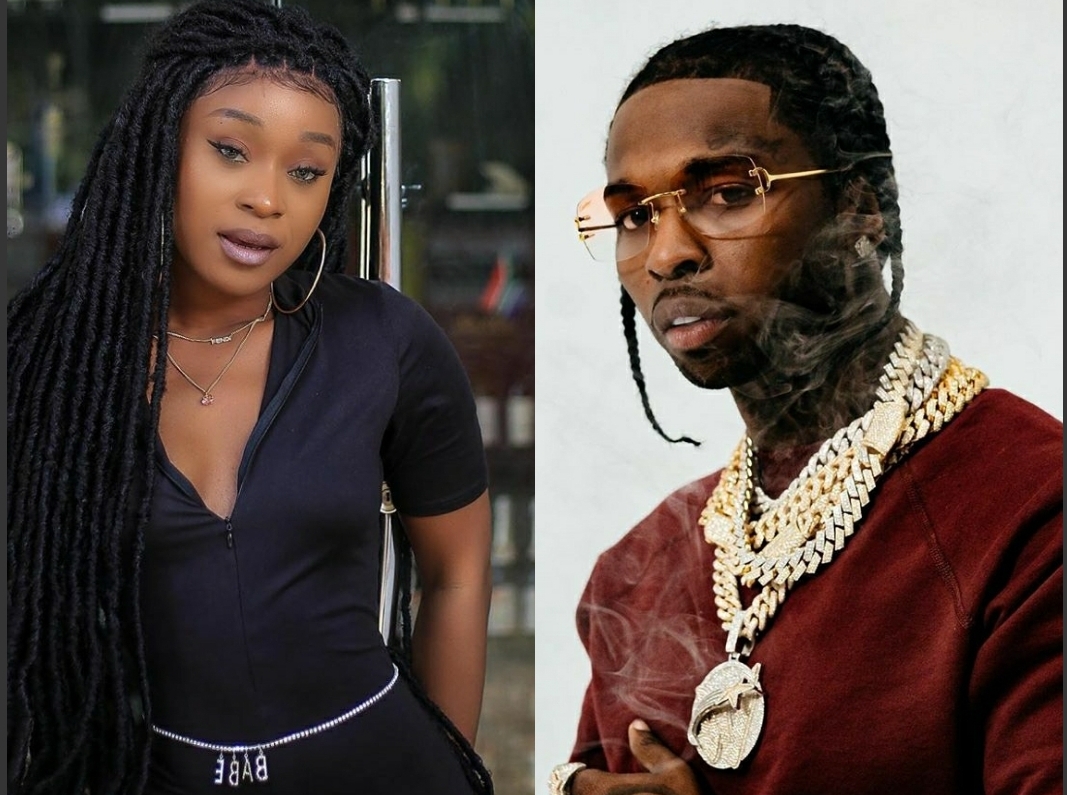 20-year-old American rapper, Pop Smoke who was killed in a home invasion robbery yesterday had plans to visit Ghana in December according to Efia Odo.

Efia Odo in paying tribute to Pop Smoke, shared a screenshot of her conversation with the “Dior” rapper, showing that he was planning a trip to Ghana.

In the screenshot, the Ghanaian actress wrote “we love you out here” to which he replied, “when should I come out there?”

Efia then advised him to come around December because a lot of events happened during the Christmas which sees a lot of people from the diaspora visiting the country for fun.

“He was gonna come in December to Ghana, I really loved this guys music like ODDDD” Efia captioned her post.

Pop Smoke, real name Bashar Barakah Jackson, is best known for track Welcome to the Party, released in April last year, which became a viral hit and was remixed by Nicki Minaj and Skepta.