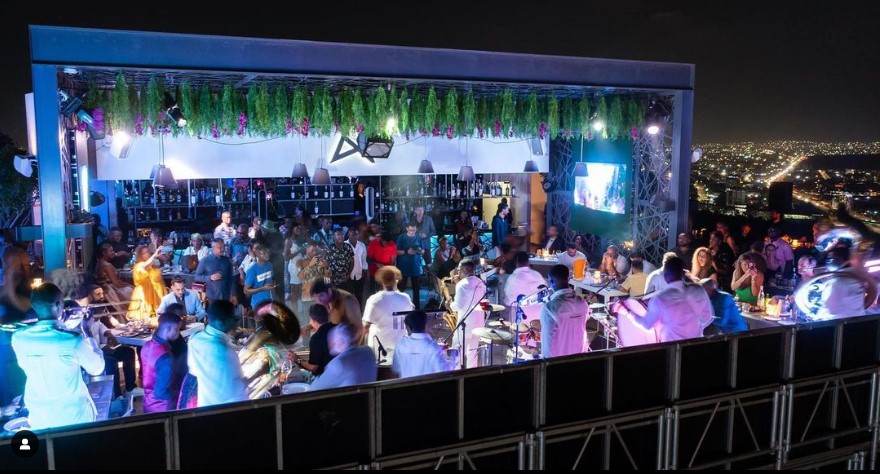 After 11 months of performing, The Kentos Band held a special event to officially introduce the band to the media.

The event which was hosted by Antoine Mensah had in attendance KOD, Praye Tietia, Selly Galley, King Promise, and Ovawise among others.

Performing breathtaking renditions of popular Afrobeat, Pop, Highlife, Jazz, and Amapiano songs from all across the world, The Kentos Band proved their talent to the admiration of invited media guests.

The band was joined on stage by King Promise to perform his hit song ‘CHOP LIFE’ while Praye Tietia performed old skull hits like ‘Angelina’ and ‘Wodin’ with the band.

The Kentos Band: Changing Accra’s nightlife scene, one bar at a time!

Selina Beb features in Meta’s ‘Made by Africa, Loved by the World’ Campaign

Delay is rooting for Sister Derby’s rumoured engagement, says it will open doors

Viola Davis makes a stunning transformation in the new trailer for ‘The Woman King’, in which she plays Nanisca, leader of the all-female warriors known as the Agojie. END_OF_DOCUMENT_TOKEN_TO_BE_REPLACED

African-American businessman and jet broker Kelvin Mensah, popularly known as PJKev has added his voice to the many people against the building of the National Cathedral. END_OF_DOCUMENT_TOKEN_TO_BE_REPLACED

Nigerian hip-hop artiste, Eedris Abdulkareem has disclosed that he is battling kidney failure and will have a surgical operation at the end of July. END_OF_DOCUMENT_TOKEN_TO_BE_REPLACED

According to reports from Nigeria, unidentified gunmen have attacked an ‘advance team’ of President Buhari’s presidential aides leading to injuries to two people. END_OF_DOCUMENT_TOKEN_TO_BE_REPLACED

Sensational highlife/afrobeat artist KiDi has said that his dream is to collaborate with Daddy Lumba on a song. END_OF_DOCUMENT_TOKEN_TO_BE_REPLACED