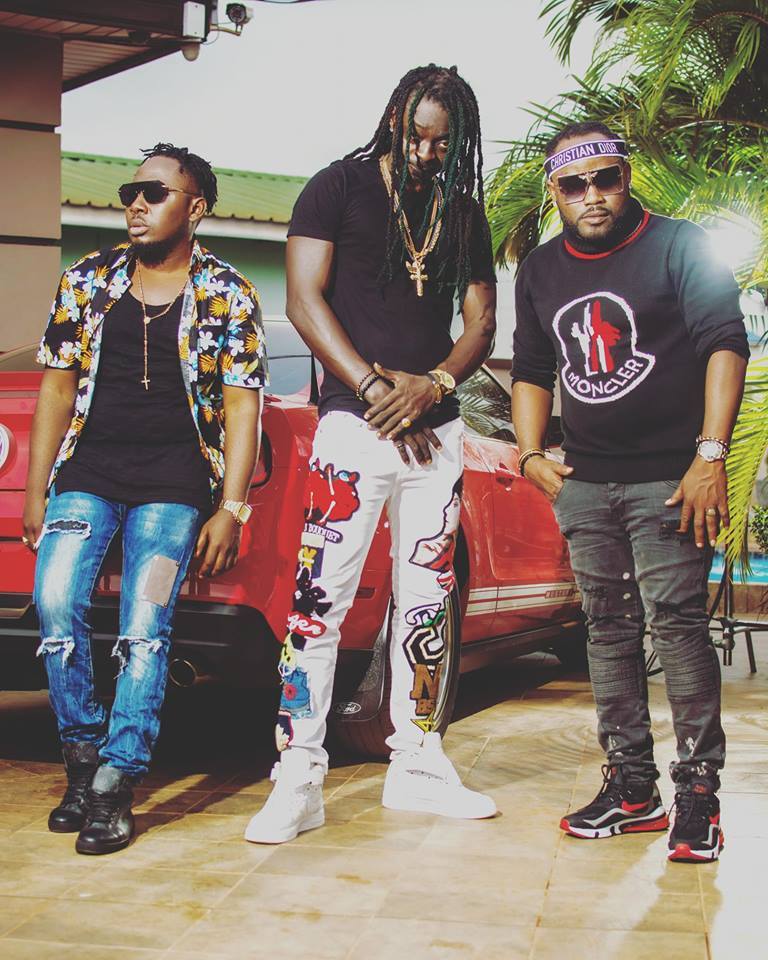 Manager of Praye, Kobby Blackmore, says Beverly Afaglo’s claim that her husband, Choirmaster, has been sidelined by the other members of the group is false.

According to him, Choirmaster has always been involved in every of the group’s dealings hence Beverly’s claim is news to them and they will be happy if she can mention the particular events her husband was sidelined.

“Wow wow wow,and can she mention anywhere Praye has gone without his husband not being part, every single event that Praye has performed on with political connections he has been part, so why this lies madam.. we are ready to work together as a group and have over looked certain things like going on your own path to play shows as a solo art that group havent complained about, not because we cant talk oo but for peace sake. Boss kindly call her back and ask her to mention one event, just one, Praye sidelined her husband on.. And your husband feeling sidelined is a news to us…” Kobby wrote under Zionfelix’s post on Instagram.

Praye Tintin, one member of the music group, also rubbished the actress’s claims. according to him, Beverly’s statement was made out of depression.

Beverly Afaglo disclosed on the ‘Uncut Show’ with Zionfelix that, Praye Tintin and Tietia have been embarking on some business deals without her husband’s involvement.

She said the group (Praye) campaigned for the ruling party in Ghana-NPP prior to the 2016 elections but her husband Choirmaster wasn’t part.

Beverly added that after the group came back together, the NPP party has been taking Praye to places that they don’t go with Choirmaster and she doesn’t know why, adding, maybe his colleagues decided to do so because of the money involved.

Highly talented vocalist Luta has announced his return to the music scene after a long hiatus as he prepares to relaunch his career with a new song.
END_OF_DOCUMENT_TOKEN_TO_BE_REPLACED

It looks like it’s a ‘year of homes’ for Ghanaian celebrities and the latest glimpse comes from the beautiful home is Broadcast Journalist Serwaa Amihere. END_OF_DOCUMENT_TOKEN_TO_BE_REPLACED

Ghanaian artist Amerado has announced the release of his debut career album titled God Is Never Asleep shortened as G.I.N.A. The announcement was made in the middle of his trending beef with fellow rapper LJ. END_OF_DOCUMENT_TOKEN_TO_BE_REPLACED

Global streaming giant Spotify is proud to announce that Sio has been selected to join the EQUAL Africa programme aimed at spotlighting female artists across the continent. END_OF_DOCUMENT_TOKEN_TO_BE_REPLACED