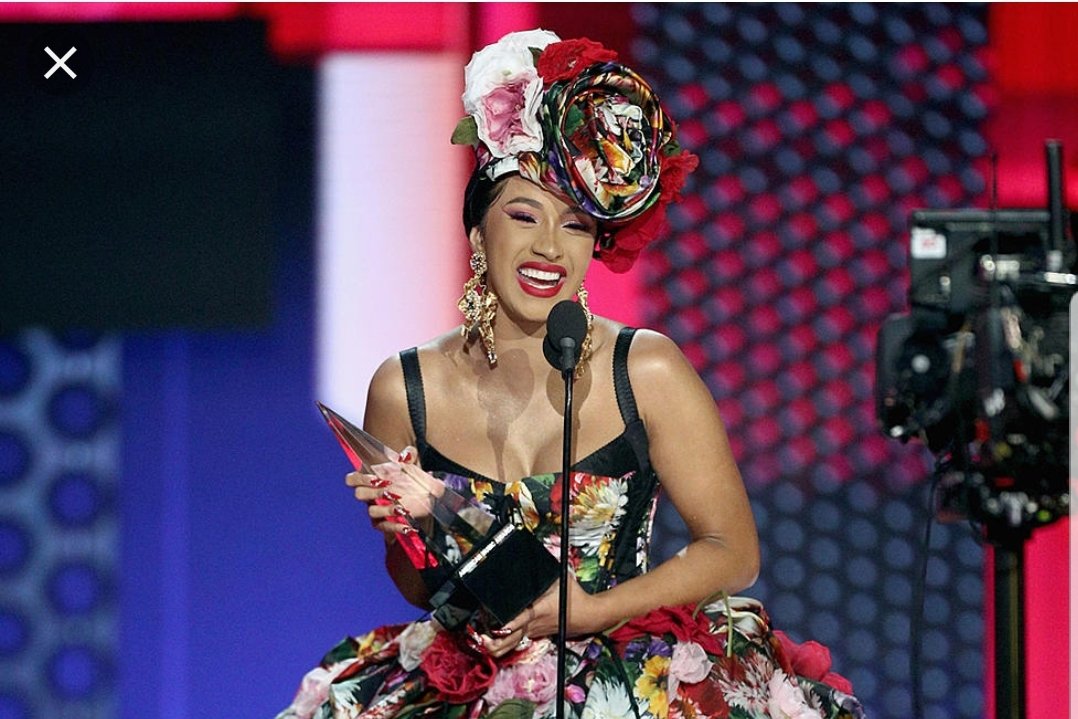 American rapper Cardi B has revealed that the secret to her success in life is because she prays four times a day.

According to her, anywhere she finds herself, she makes sure she calls on her maker. 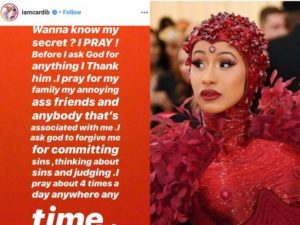 Cardi B, became the first solo female rapper to win the Grammy for Best Rap Album at the 61st ceremony.

The event was hosted by 15-time Grammy Award winner, Alicia Keys who had a blast hosting the highly acclaimed award show.