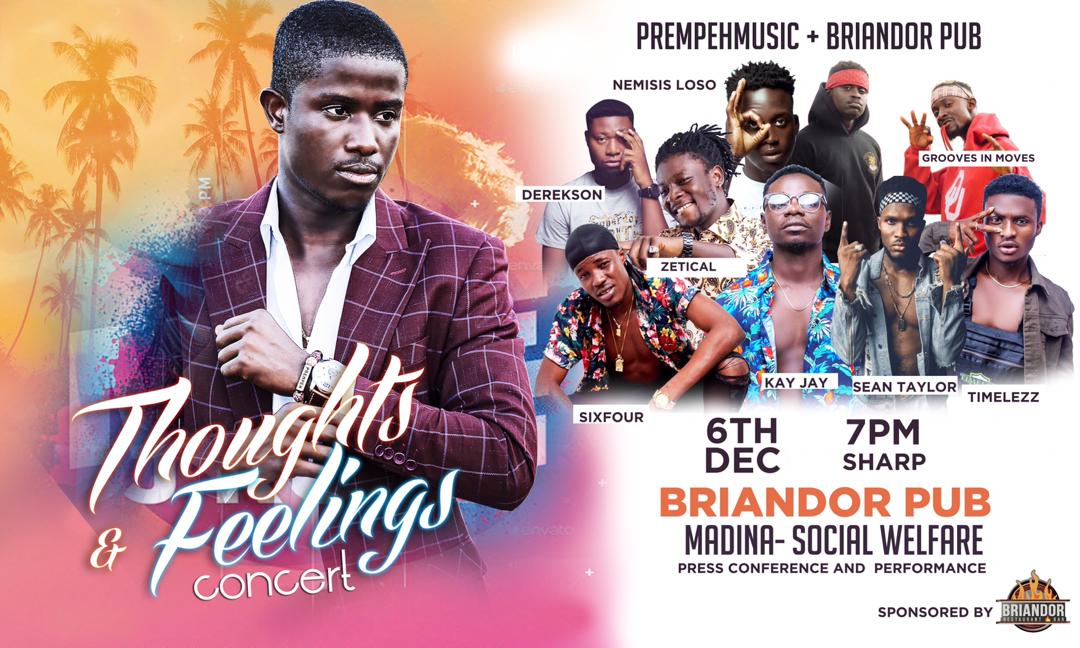 The event which will be in twofold will see the first session, where Prempeh will interact with some media personalities. The second session will see performances from Prempeh and other artists.

Artists on the bill are Nemisis Loso, Kay Jay, Sean Taylor, SixFour, Zetical, Timelezz, Derekson, and Grooves in Moves. Prempeh has promised to give his fans and music lovers a great show and some intimate performances on the night.

The EP is available on all major online music streaming and downloading sites.

Continue Reading
Advertisement
You may also like...
Related Topics:prempeh

Did you know that KSM’s son, Blackway worked on Grammy-Nominated “Spiderman: Into the Spider-Verse” soundtrack ?
BBNaija winner Mercy tired of being a celeb, says she wants her old life back
Advertisement
Advertisement