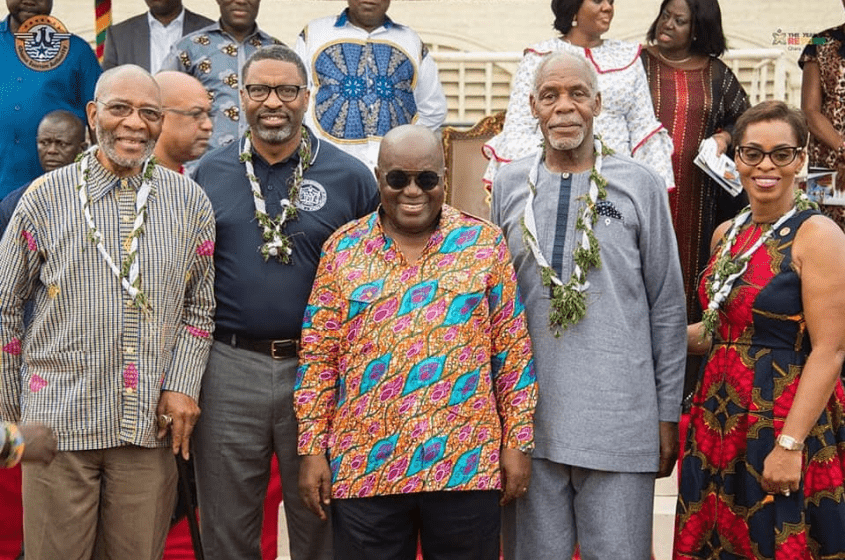 President Nana Addo Dankwa Akufo-Addo says the ‘Year Of Return’ initiative by his administration has boosted tourism revenue generated across the country.

He said this during his meeting with the press at the Jubilee House, Accra on Friday, December 13, 2019.

According to him, Ghanaians should brace themselves for the “hundreds of thousands” wanting to trace their family roots in the Diaspora, especially Ghana.

“I am very happy to see the ‘Year of Return’ programme. We’re expecting lots of people; about hundreds of thousands who are going to come between now and the end of the year.

“I’m hoping that our infrastructure will be able to handle and deal with [them] but it has also made a big boost to our tourism revenue,” he noted.

In Washington, D.C., in September 2018, President Akufo-Addo declared and formally launched the ‘Year of Return, Ghana 2019’ for Africans in the Diaspora.

He gave fresh impetus to the quest to unite Africans on the continent with their brothers and sisters in the Diaspora.

Many African-Americans including Hollywood actors, media moguls such as Steve Harvey, Boris Kudjo, rappers TI and Cardi B among others have visited the sub-region to trace their roots and have fun.

Chris Fonye popularly known as “Hydraulix Fonye” is a Ghanaian producer, sound engineer, songwriter and singer with a vast experience in the Ghanaian entertainment industry. END_OF_DOCUMENT_TOKEN_TO_BE_REPLACED

Although there may be hundreds of afro-beats artists in the country, Highly Spiritual Music signee, Lasmid believes he is unique. END_OF_DOCUMENT_TOKEN_TO_BE_REPLACED

Highly Spiritual Music signee, Lasmid, has stated that he wasn’t expecting his song “Friday night” to reach such great heights within a short time frame. END_OF_DOCUMENT_TOKEN_TO_BE_REPLACED

The 2023 African Cup of Nations, AFCON initially scheduled for Côte d’Ivoire next June will now be held in January and February 2024 due to the concerns over the rainy season in the country. END_OF_DOCUMENT_TOKEN_TO_BE_REPLACED