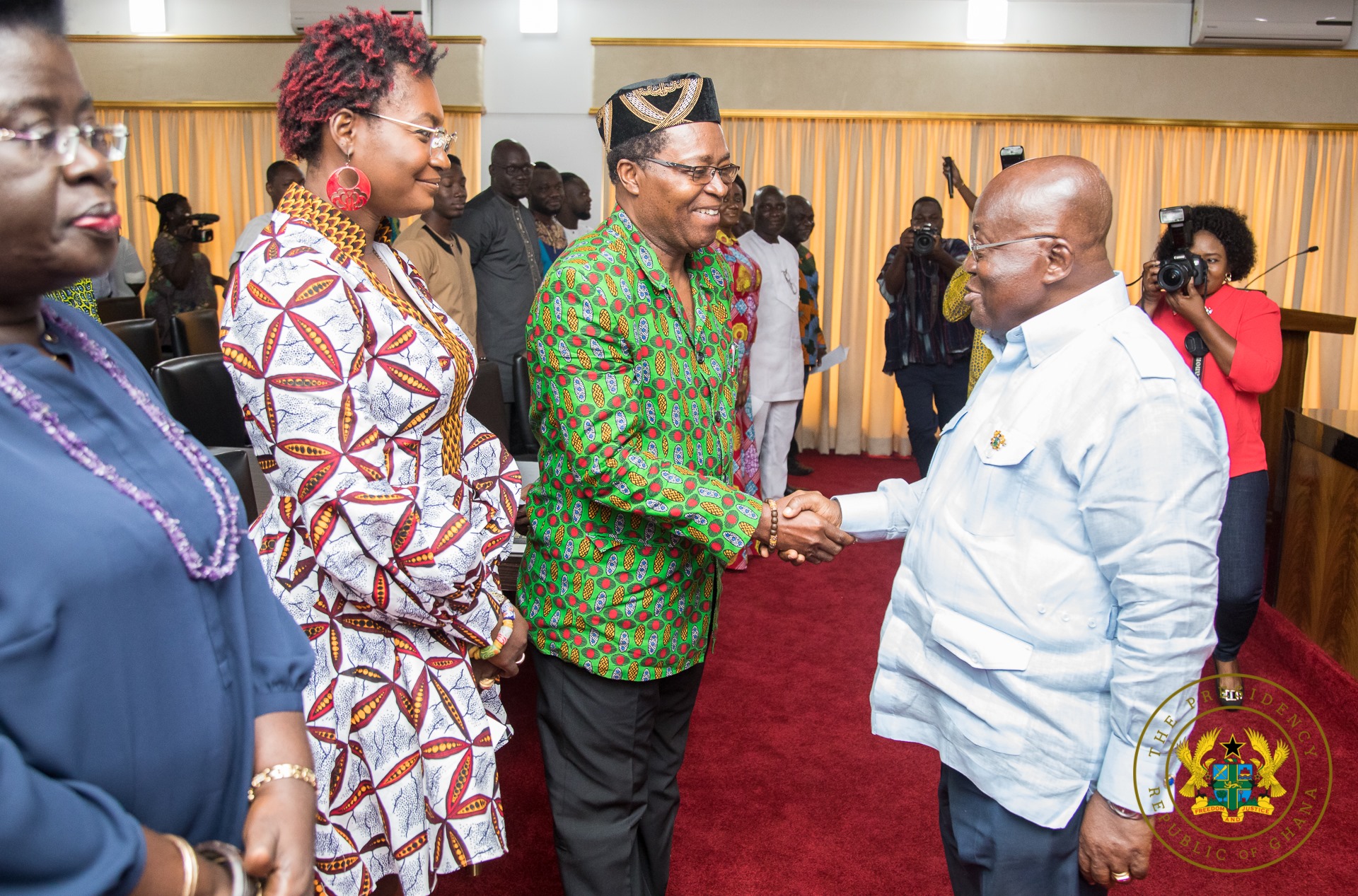 President Nana Addo Dankwa Akufo-Addo yesterday inaugurated the National Film Authority (NFA) Board with a charge on members to develop the industry into a profitable venture.

He said such a goal could be achieved if members adopted the right strategies by putting their expertise to play.
The board, which is chaired by ace Ghanaian actor, David Dontoh, is tasked with the responsibility of ensuring an economically self-sustaining and culturally conscious film industry.
It is also to advise the sector minister on matters concerning the industry, facilitate the establishment of a circuit for the distribution and marketing of Ghanaian films both in and outside the country, and also ensure the development of a code of ethics for the industry.
Besides, the board will oversee a Film Development Fund and also set standards for the accreditation and training of practitioners in the industry.
President Akufo-Addo administered the official oath and the oath of secrecy to the 14-member board and said:

“In Mr David Dontoh, one of the leading actors of this generation, I believe we have a person who fully satisfies the requirements of the stature and who can be trusted to see to the implementation of the functions of the authority.

“We have a lot of talented people across all the spectrums of the industry — actors, actresses, promoters, producers, directors, technicians — and with the requisite support from the government, the banks, and the private sector, the authority should be able to put our industry on the continental and global maps.”

The President said the Nigerian film industry, known as Nollywood, earned over $1 billion dollars annually, saying Ghallywood, the Ghanaian industry should be able to do likewise.