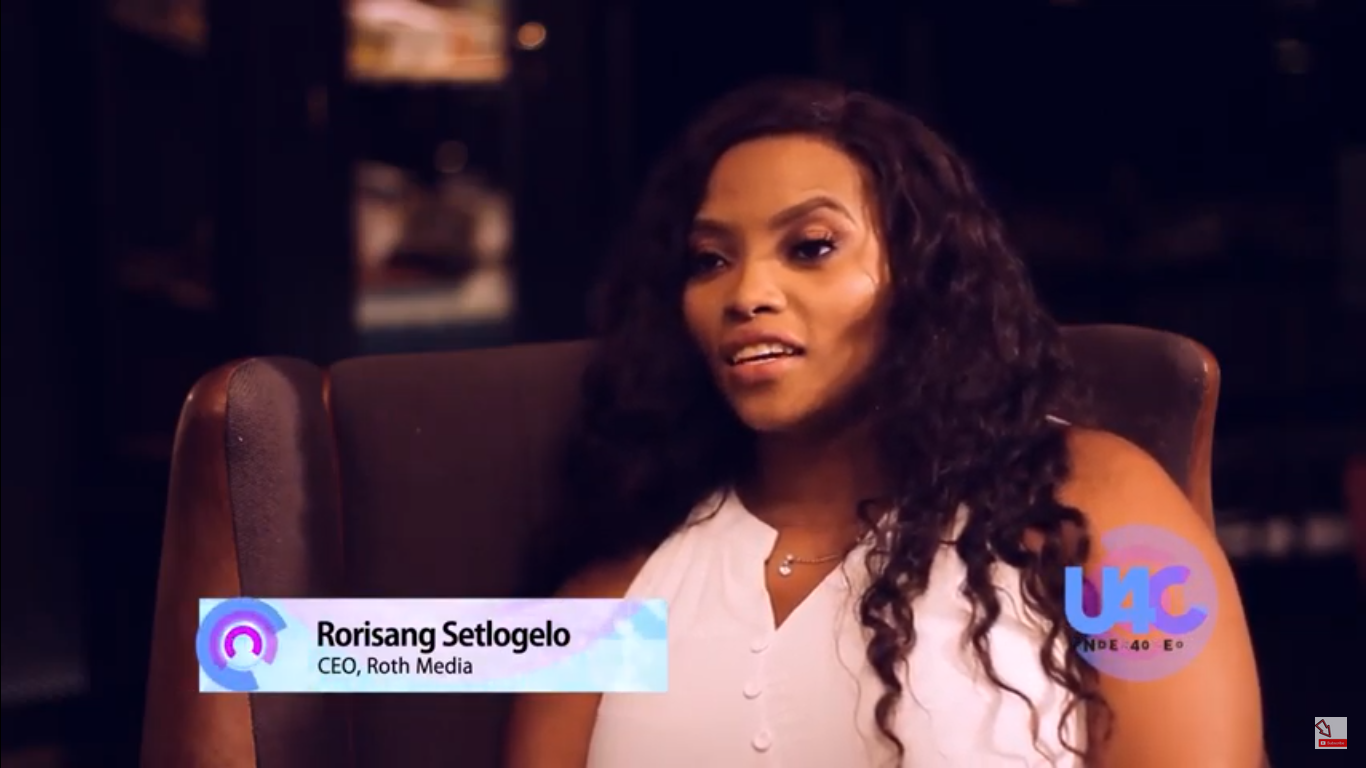 Rorisang Setlogelo is a South African entrepreneur who runs what she describes as a powerhouse through-the-line creative communications agency that communicates with designed thinking through messages that cultivate unique brand experiences.

Her firm moves beyond traditional advertising and delve into pushing boundaries with crisp execution and creative driven ideas. Having cut her teeth on the client side at Coca Cola and SAB Miller, Rori would later cross over to agency side at Mortimer Harvey where she learnt to structure an agency to deliver value to clients.

Rorisang is the Founder and Chief Executive at Roth Media.

The acclaimed television show Under 40 CEOs launched on TVC Entertainment and TVC News on the 9th of October, 2016 and subsequently launched on Silverbird Television Network on the 13th of January, 2016 and has spotlighted inspiring young business leaders aged 40 and under from East, West and South Africa. In addition to the channels above, the series has also aired on or currently running on Africa Magic Family, DBS, ITV Benin, ITV Abuja, RSTV and GHOne reaching a cumulative average viewership of 2.2million people every week.

What to do if You have been Falsely Accused of Sexual Assault?