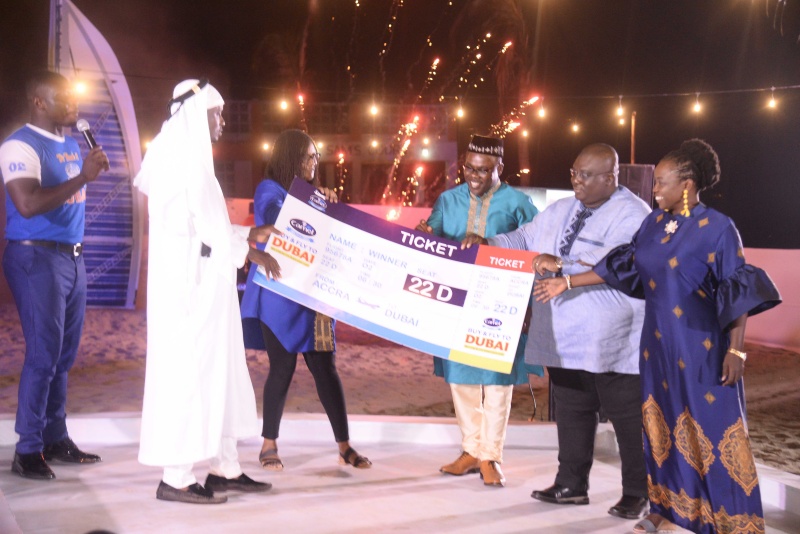 On Friday 6thSeptember 2019, PZ Cussons launched the second edition of the Camel promotion dubbed “Camel Buy and Fly to Dubai promotion” at the beachfront of the plush Labadi Beach Hotel in Accra.

The Camel Buy and Fly promotion was first launched in2018 to reward loyal consumers of Camel Antiseptic and Carex Handwash.In January this year, all 12 winners of last year’s promotion were rewarded with a Luxurious all-expense paid trip to Dubai for themselves and their partners. Winners enjoyed tours to the Burj Khalifa, Wild Wadi Water Park, desert safari and a fully loaded stay in a 4 star hotel with spending money.

This year’s promotion promises to be even more exciting with bigger and better tours. Every week for 12 weeks, a consumer will be selected live on radio to win an all-expense paid trip for two to Dubai. Other prizes to be won include instant airtime and product hampers.

Guests at the launch of the Camel Buy and fly promotion were treated to a fantastic Dubai desert safari themed experience.

To enter the Camel Buy and Fly to Dubai promotion, consumers need to get any Camel antiseptic or Carex Handwash product from supermarkets, neighbourhood stores and open markets, scratch the panel on the bottle and text the code revealed to 1393.

Continue Reading
Advertisement
You may also like...
Related Topics:Camel Buy and Fly to Dubai

Can Your Credit Card Debt Block You from Getting a Mortgage?
US security agents arrest 167 fraudsters in Nigeria, 15 in Ghana and other countries, recovers nearly $3.7 million
Advertisement