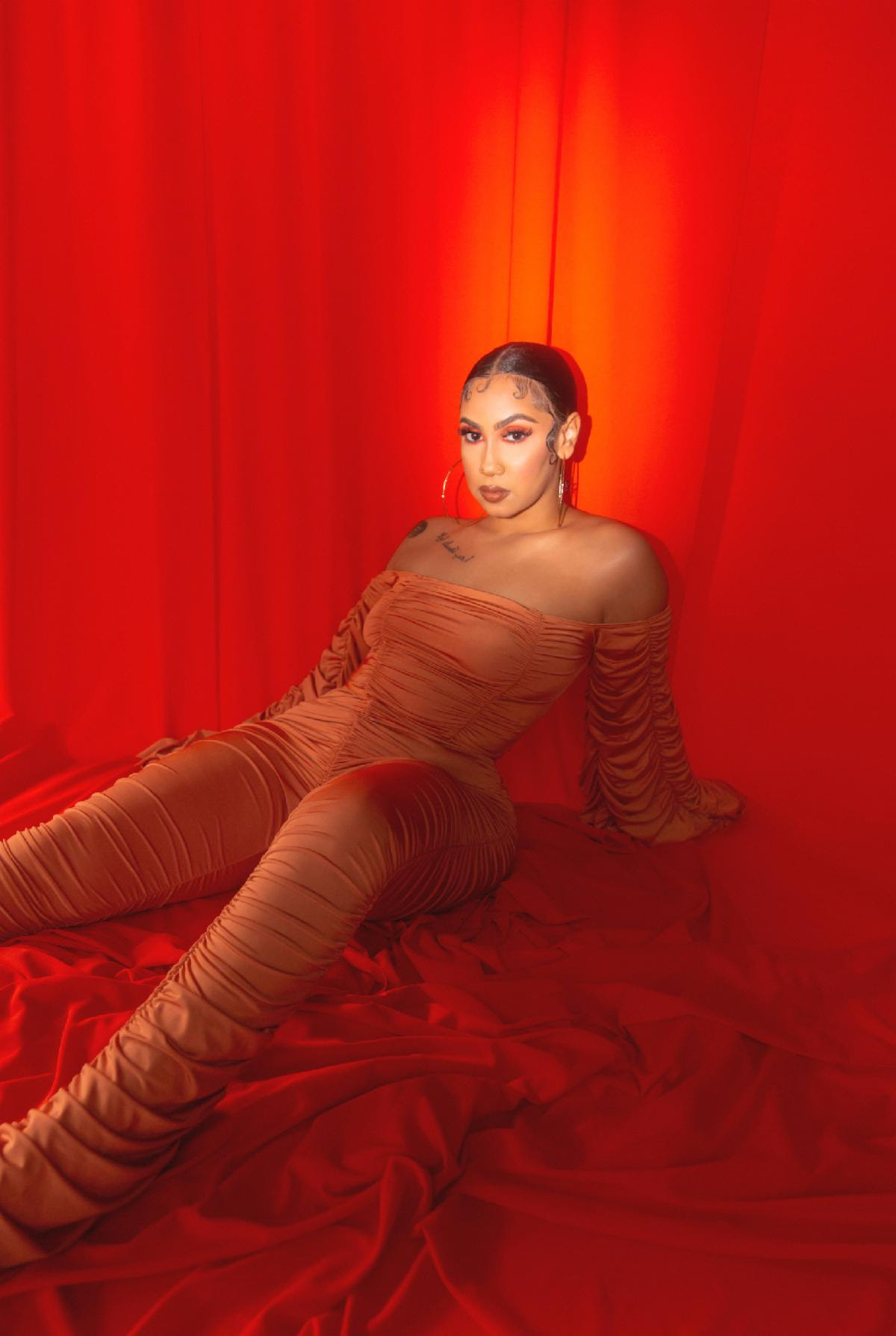 Platinum-certified R&B singer/songwriter Queen Naija shared her new single, “Love Language” and the accompanying video. The track, which she recorded with producers Boston and Mike Woods (Kiana Ledé, Bazzi), is from her debut album, missunderstood, which will be released by Capitol Records on October 30. Listen to “Love Language” HERE.
The official video for “Love Language” is the third in a series of clips helmed by award-winning director Teyana “Spike Tey” Taylor (Macy Gray, Schoolboy Q, Wale, T.I.) and shot in Atlanta. View the videos below:
“Love Language” – https://QueenNaija.lnk.to/lovelanguagePR
“Lie to Me” ft. Lil Durk – https://queennaija.lnk.to/LieToMeVideo
“Pack Lite” – https://youtu.be/YsOweFtVlvU
Last night, Queen performed “Pack Lite” during a livestream for YouTube Originals’ new weekly music show, “RELEASED,” which led into the world premiere of  “Love Language.” She is the third artist to be featured on the show, following BLACKPINK andMajor Lazer.
Fans who pre-order the digital edition of missunderstood will instantly receive “Love Language,” “Lie to Me,” “Pack Lite,” which has amassed over 42 million combined global streams, and the top 10 Urban AC radio hit “Butterflies Pt. 2,” which has more than 63 million combined streams. In a review of “Lie to Me,” HotNewHipHop hailed Queen as “one of the most talented figures in R&B right now” and noted that “[Lil Durk] complements the singer perfectly.”
With the arrival of her 2018 self-titled debut EP, Queen emerged as an unstoppable new force in the R&B world. Having clocked over 1.7 billion combined global streams to date, Queen Naija features three Platinum-certified singles: “Butterflies,” “Karma” and her breakthrough hit “Medicine”—an independently released smash that made its staggering debut at No. 45 on the Billboard Hot 100, a nearly-unheard-of achievement for an unsigned artist. Along with debuting at No. 1 on Billboard’s Emerging Artists chart, Queenwas hailed as “the first soul star of the social media generation” by The New York Times, and earned major recognition in the 2019 awards season with nominations for Top R&B Artist at the Billboard Music Awards, Best New Artist at the BET Awards and three nods at the iHeartRadio Music Awards.
Related Topics:Queen Naija
Up Next

CHEVY WOODS SHARES HIS NEW VIDEO FOR “MAKE IT LAST”