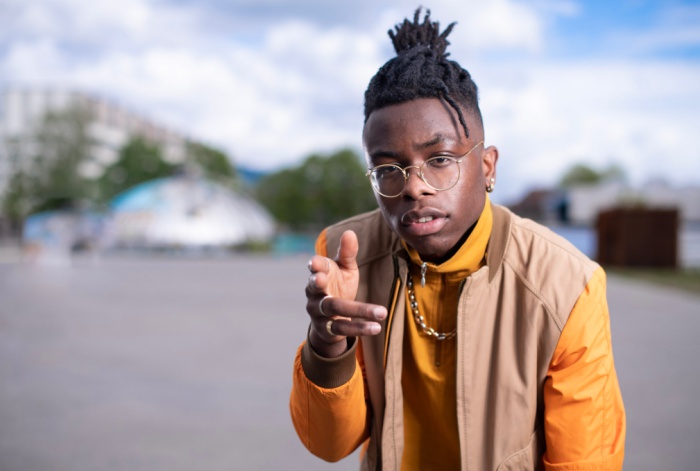 Quophimens Musiq has added Leflyyy, a new signee to the label who comes off as the second signee after eShun. Festus Nana Aidoo aka. LeFlyyy is a 17-year-old gifted Ghanaian rapper from Ashongman inside Ghana. Leflyyy spends some time in Ghana and Switzerland and his music has influences from both countries.

According to Leflyyy, he is giving out something new to his fans and he believes that his sound will grow on many Africans worldwide.

“It’s an Afro Dance and excited that I am trying something new for my first official single on my New Label.” Leflyyy stated.

MIMLIFE RECORDS outdoors the next prince of African music – Kimilist

When asked how he feels about his record label; “I have high hopes in my Team looking at how they have been able to manage my label mate eShun to stardom”, he explained with excitement.

He does both hip hop and afrobeat. LeFlyyy will be releasing his first single on this Thursday, 30th May. He promises to take the music scene by storm with his first song on the label titled “Spoil dere”.

The Song is produced by B2 of DopeNation Fame and Mixed and Mastered by Konfem of Beehive Studios.

Music lovers worldwide should watch out for this new promising artiste who has the potential of rubbing shoulders with the big acts within some months. Follow him on all social media platforms on @leflyyyafrica.

Dad who made his children have sex with him, his wife, ex-wife and dog sentenced to 341 years in jail.