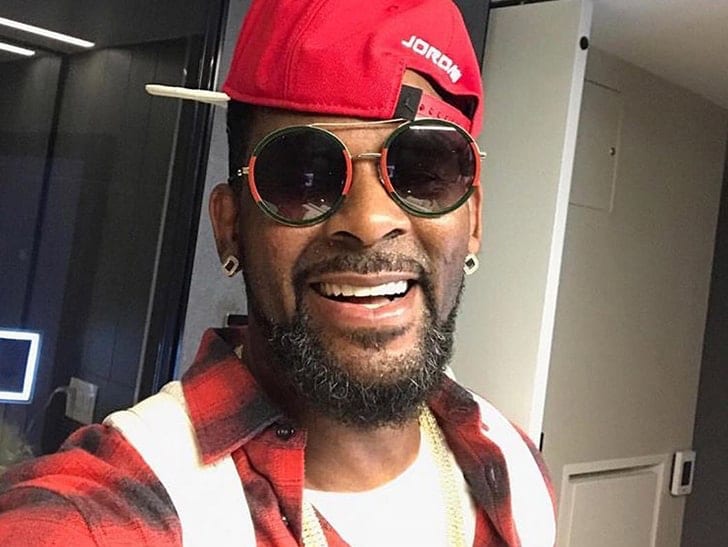 According To A New Report, The Disgraced RnB Singer’s Assets Are Listed At A Negative $2 Million As He Told A Judge Last Year That He Wasn’t A Flight Risk As He Owed $1.9 Million In Back Taxes.

R. Kelly was the butt of the jokes on Twitter on Sunday, September 26. The disgraced musician was mocked online after it was reported that his “net worth is negative $2 million” amid his ongoing legal problems.

According to Celebrity Net Worth, the R&B singer’s assets are listed at a negative $2 million. The site stated that it has something to do with Kelly telling a judge last year that he wasn’t a flight risk as he owed $1.9 million in back taxes.

Upon knowing the reports, Twitter users quickly trolled Kelly on the blue bird app. One viral tweet, which has garnered more than 52,000 likes, read, “Yall…. Google R Kelly’s net worth & come back. RT if you got more money than him.” Another person wrote, “Hey, if you were feeling broke today just know that R. Kelly’s net worth is NEGATIVE 2 million dollars. The devil works hard but karma works harder.”

“Was having a not so great day until i found out that my net worth is more than R. Kelly’s. feeling rich today,” someone else joked. Meanwhile, another person wrote, “R.Kelly explaining how he’s gonna pay his lawyers even though his net worth is negative $2 million,” alongside a GIF of Dennis Rodman making a series of gestures.

Fellow musicians 42 Dugg and EST Gee also poked fun at the “I Believe I Can Fly” singer’s financial status. The former posted on Instagram videos showing them laughing at Kelly’s misfortune. 42 Dugg also wrote in one of his Instagram posts, “He said that n***a one of the brokest n***as of all tme.”

Kelly is accused of grooming a number of women and two men for sex, while allegedly kidnapping and psychologically tormenting them as well as illegally videotaping sex acts. He is also accused of passing on sexually-transmitted diseases and refusing them basic necessities like bathroom breaks and food.

The R&B singer has pleaded not guilty to racketeering charges and violating the Mann Act, which makes it illegal to transport anyone across state lines for sex. Kelly denies the charges.

Netflix says “Squid Game” is its biggest series launch of all time. END_OF_DOCUMENT_TOKEN_TO_BE_REPLACED

Tyga is facing accusations of domestic violence from his ex-girlfriend. END_OF_DOCUMENT_TOKEN_TO_BE_REPLACED

Dwayne The Rock Johnson made his rap debut with Tech Nine’s new single “Face Off”. END_OF_DOCUMENT_TOKEN_TO_BE_REPLACED

Daniel Craig has capped the launch week of his final James Bond movie by becoming the 2,704th celebrity to be honoured with a star on the Hollywood Walk of Fame in California. END_OF_DOCUMENT_TOKEN_TO_BE_REPLACED