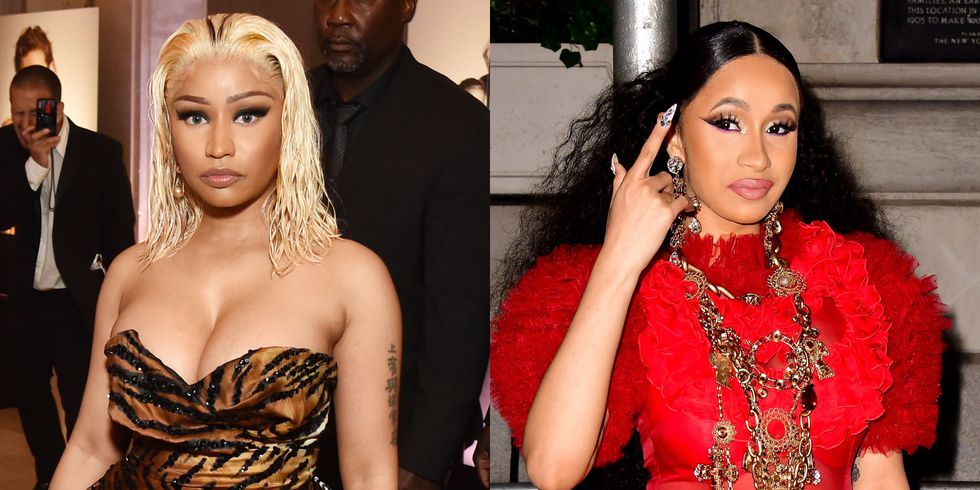 #RapBattle: The ‘explosive’ social media fight between Cardi B and Nicki Minaj

American hip-pop rappers Nicki Minaj and Cardi B have been at war for sometime and their feud heated back up yesterday.

On the latest installment of her Beats 1 show “Queen Radio,” Nicki addressed her beef with Cardi B. Discussing their altercation at a Fashion Week party in September, allegations of her leaking Cardi’s number to her fans, claimed Cardi prevented Offset and 21 Savage from doing a video for their song ‘No Flags’ amongst other issues.

After Nicki called out Cardi on “Queen Radio,” the ‘Bodak Yellow’ hitmaker responded directly on social media in a series of Instagram videos, telling her side of the story.

Nicki later responded to Cardi’s videos in a series of tweets calling her “FKN FRAUD’ and even invited Cardi to appear on her “Queen Radio.” for a one-on-one lyrics writing battle.

The only rapper in the history of rap who can only talk about deals and songs she’s supposedly turned down cuz she can’t talk about a verse she’s ever written. Fkn fraud

I’ll pay you to take a lie detector test about every claim I made on #QueenRadio. You won’t. I must admit you’re a convincing liar. You looked me dead in my face & said you told ya man not to do the “no flags” video cuz I was dissing you. London on da Track got the same call.

Get on live & have the convo for the world to see.

Do a lie detector test TOGETHER

Do an interview on #QueenRadio 😅

*** ORRR we can both sit in a room together, hear a beat for the first time, and have ourselves FILMED WRITING TO IT!!!!!! #DipVIDEO OUT NOW 👅

Nicki Minaj and Cardi B featured on Migos’s ‘Motorsport’ song, but both recorded and shoot their parts of the music video separately.

Naomi Campbell Weighs In on The Cardi B and Nicki Fight. Is She Picking Sides?