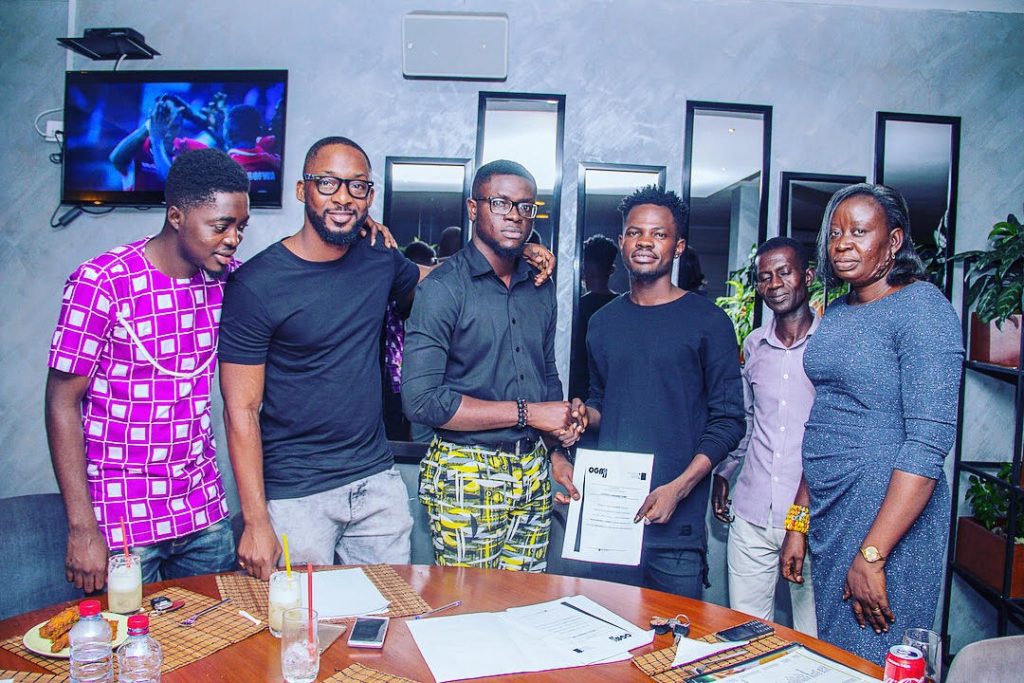 Singer and Rapper, Fameye credited and well known for his hit single ‘Afia Bruwaa’ featuring former Highgrade Family (headed by Dancehall giant, Samini) signee, Kofi Kinaata finally accepts and puts down his signature to a five (5) year contract presented to him by Italy based music label – OGB Music. The deal which came as a result of close collaboration and working relationship between the two parties is deemed very timely. The Italy based label – OGB Records currently owned and headed by music recording act, Ogidi Brown through its Ghanaian media representative headed by Erskine Amoah revealed, the promising deal which is worth GHC250,000 an estimated $50,000 will cover management, and all music related expenditures to be incurred during their five (5) year tenure. Fameye who expressed much delight and appreciation to the head of OGB Records – Odigi Brown and staff on the label mentioned “It is a dream come through” and was very hopeful in attain greater height. Present at the short ceremony held at the Citrus Restaurant & Lounge, in East Legon included Japhter Gyasi Junior – head of OGB Records Ghana, Erskine Amoah – Radio & TV Personality, Amoah King David – who now acts as the road manager for Fameye , Prince Fiifi Adinkra Cudjoe – Publicist, Felix Adomako – blogger.

Related Topics:Ogidi Brown
Up Next