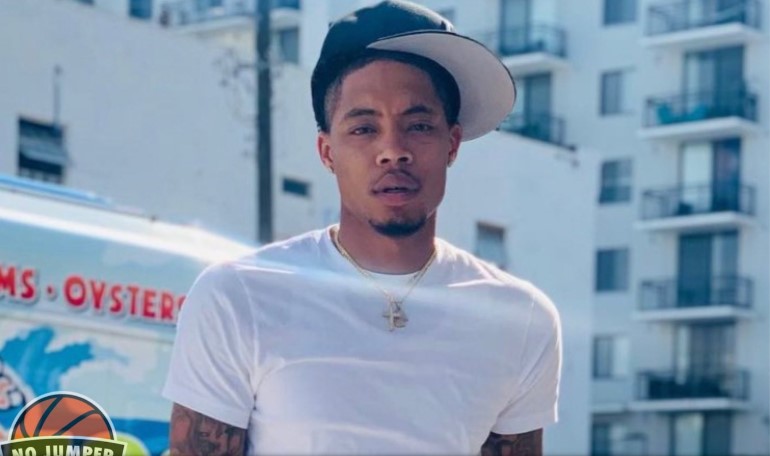 The death of a young rapper from Florida, Rollie Bands, has caused shock waves in the hip-hop community after he reportedly shared his location on Instagram and taunted his enemies to find him.

On Saturday evening, it was revealed that the rapper was shot and killed minutes after he shared his location on Instagram and sent a message to his enemies to come through if they were brave enough.

On his Instagram Story, Rollie Bands shared that he would be home within a certain time frame, and anyone who has a bone to pick with him should stop by.

It’s unclear if he had issues with others that caused him to share the post, but within minutes of being home, the rapper was shot and killed.

According to Fox 13, he was followed not only on social media but on his way home. As he arrived outside of his apartment just moments after sharing the Instagram story, he was shot and killed.

The Hillsborough County Sheriff’s Office reportedly responded to the shooting, which took place in Tampa, Florida.
Rollie Bands reportedly died at the hospital after being transported by a good Samaritans.

Police are still to find and charge the suspect. Reports online suggest that it was a lone gunman who committed the act, while police reports suggest that the individual was known to the rapper.

In the meantime, many have reacted to the rapper’s death as some call out the sheer ignorance of his actions. Not much is known about Rollie Bands yet, but he is an upcoming rapper from Florida and has several singles out, including songs like “Pusha P,” “Struggle,” and “Foreigner.” Unfortunately, he received more attention on him as a rapper in death than when he was alive.

His social media account has since been flooded with comments and posts from persons mocking his death.
See his post below. 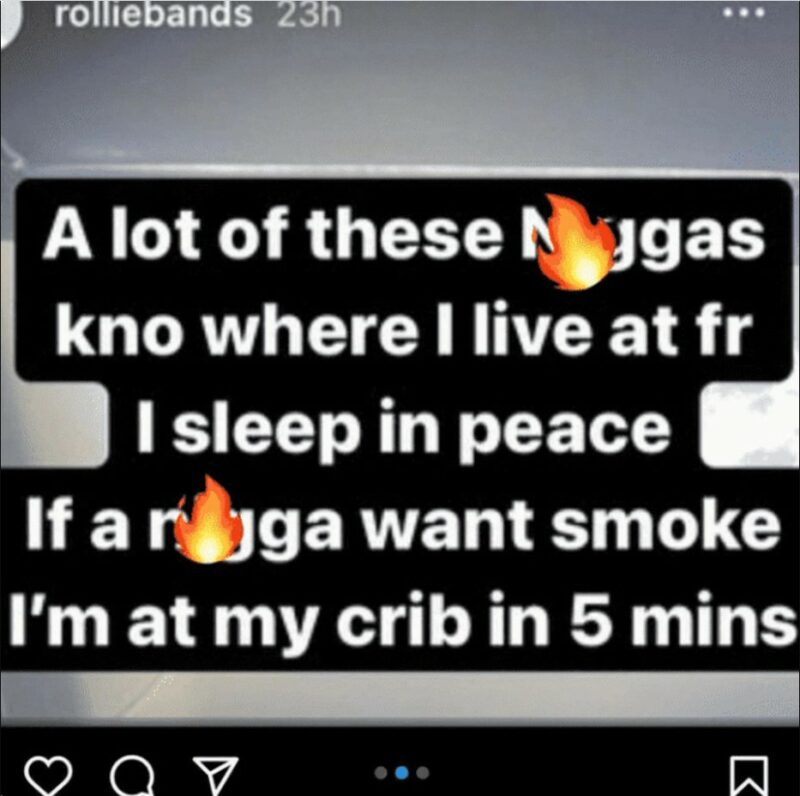 Related Topics:Rollie Bands
Up Next

END_OF_DOCUMENT_TOKEN_TO_BE_REPLACED

“What do celebrities & influential leaders believe in?” As you know, celebrities and influential leaders are role models for young and old generations, and they can influence society and impact the world negatively and positively. Spiritual leader and multi-award-winning life coach Asim Aliloski has seen that successful people on top of their game have been searching for a higher power. END_OF_DOCUMENT_TOKEN_TO_BE_REPLACED

American rapper, Kanye West has reacted to the news of the end of the relationship between his ex-wife Kim Kardashian and Pete Davidson. END_OF_DOCUMENT_TOKEN_TO_BE_REPLACED

Prosecutors are reportedly asking the federal court to seize about $28K from R Kelly’s prison-inmate account since he has $140,000 in court-ordered fines. END_OF_DOCUMENT_TOKEN_TO_BE_REPLACED

Elon Musk has accused the social media platform, Twitter, of fraudulently holding back information about the company as part of a countersuit. END_OF_DOCUMENT_TOKEN_TO_BE_REPLACED