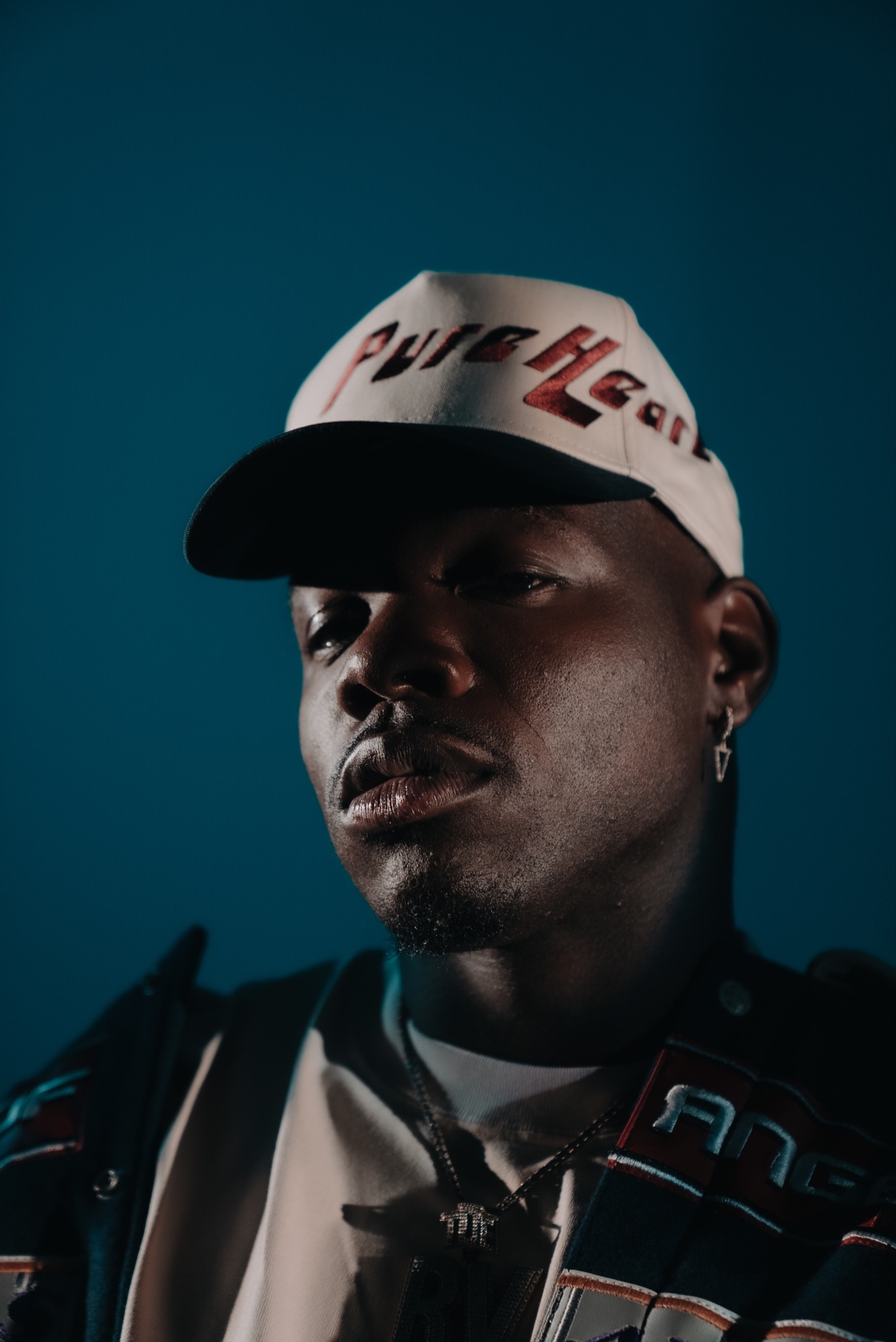 Ray Vaughn supported Rashad on his US & international 2021 Lil Sunny Awesome Vacation Tour, where the pair collaborated creatively on the road. Throughout the track fans can hear the natural commordery between the Top Dawg labelmates, as referenced in the “Dawg House” title. With a full-length project in the works, Ray continues to build excitement around his career.

25-year-old rapper and internet sensation Ray Vaughn’s unconventional path toward life in music is one to inspire many. Born one of seven, Ray was motivated to grow up quicker than most and ultimately used music as an outlet to navigate through his circumstances.

The Long Beach native’s work ethic was first demonstrated in academics, earning the title of valedictorian despite attending 7 different high schools. Even after receiving a full-ride scholarship offer to UCLA, Ray decided to direct his hustle toward becoming an artist, and quickly found the spotlight.

He first began to attract media attention and popularity with “Freestyle Fridays”, a video series Ray initially created to entertain his friends and family. His relatable messages and unique lyricism quickly turned him into an internet favorite, racking up over 9 million streams on YouTube alone. His 2021 debut EP “Peer Pressure,” has over 3.5 million streams across all major streaming platforms. He continues to go viral, as seen on LA Leakers, where his freestyle racked up over one million views.

Since his breakthrough on YouTube, Ray has been expanding his musical portfolio by other means. He created the theme song for the upcoming animated series, “The Freak Brothers,” which also features Woody Harrelson, Pete Davidson, La La Anthony, Tiffany Haddish, and ScHoolboy Q, and involves collaborations with artists DaniLeigh and Saweetie. Ray Vaughn is guaranteed to be an artist you’ll eventually brag to your friends that you knew about him first.

A federal judge signaled on Wednesday that she plans to order disgraced R&B superstar R Kelly to pay more than $300,000 to one of his victims in a decades-long scheme to use his fame to sexually abuse young fans. END_OF_DOCUMENT_TOKEN_TO_BE_REPLACED

Coolio, who rose to fame in the ’90s with hits like “Gangsta’s Paradise” and “Fantastic Voyage,” has died. END_OF_DOCUMENT_TOKEN_TO_BE_REPLACED

NBA YoungBoy welcomed a new addition to this family recently as his fiancée Jazlyn Mychelle gave birth to a baby boy. END_OF_DOCUMENT_TOKEN_TO_BE_REPLACED

Lil Wayne is on the move. END_OF_DOCUMENT_TOKEN_TO_BE_REPLACED