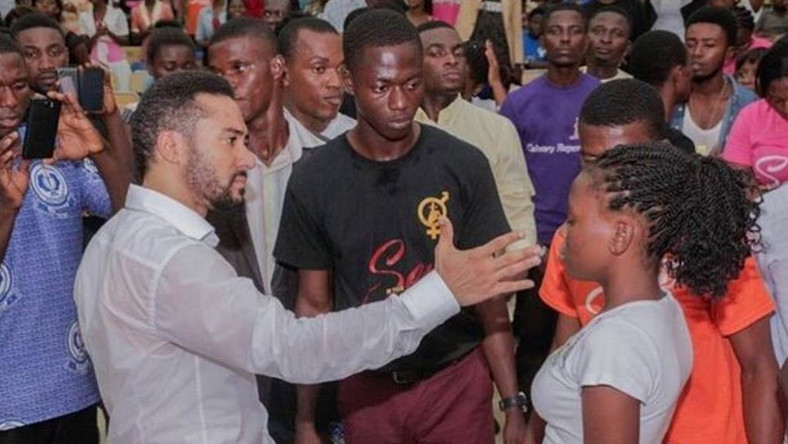 Ghanaian actor Majid Michel has made some comments about religion, explaining why he thinks Christian religion, Islamic religion and other religions are actually one of the world’s biggest problems.

According to the actor, who is now known for preaching the word of God more, all religions have a history of perpetrating violence and some inhumane acts, therefore, he suggests people should distance themselves from being religious.

Taking to Instagram, the actor in a video said: “I am convinced that the number one and number two problem on earth if it’s not leadership, is religion. Religion historically has perpetrated so much destruction. And I am talking about Christian religion, Hindu religion, Buddhists religion, Islamic religion, all of them have a history of violence, a history destroying humanity. So no one can throw stones at each other”

The “Agony Of Christ” actor, also stated that any religion that could take human life or devalue human could not claim to represent the God that created humans because a true religion should rather protect God’s creation.

Hear more from the actor in the video below and share with us what you think.

My haters can’t bring me down – Lil Win

TV3 is not only best in new and entertainment, but best in rewarding its staff too. END_OF_DOCUMENT_TOKEN_TO_BE_REPLACED

The Ave Maria School has launched its 40th-anniversary celebration by urging school leaders to provide better opportunities and platforms for interaction with students in order to guide them in their education. END_OF_DOCUMENT_TOKEN_TO_BE_REPLACED