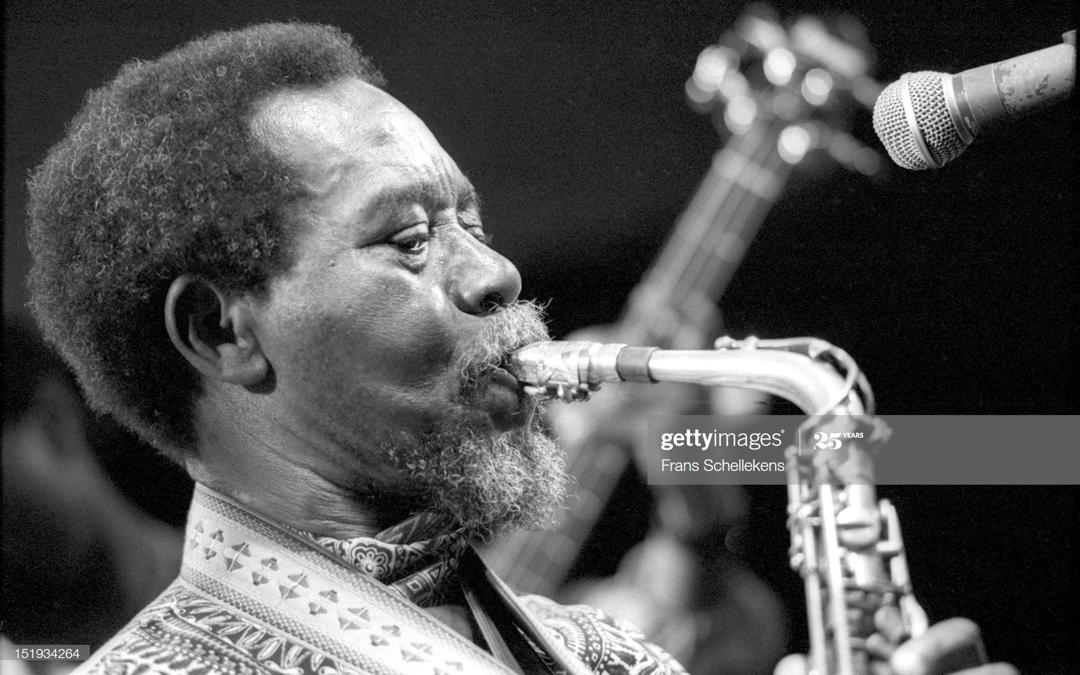 Today is the birthday of the King of Highlife music, ET Mensah! He would have been 101 years old today!
This is the man who sang “Ghana Our Land of Freedom” “All for you” “Minkebobayaa” and others.

Emmanuel Tettey Mensah, (31 May 1919 – 19 July 1996), was a Ghanaian musician who was regarded as the “King of Highlife” music. He led the band “The Tempos”, a group that toured widely in West Africa.

Mensah was born at Accra.  At the age of 12 he learned to play flute in the Government School band and in 1932 he began playing piccolo and flute in the Accra Orchestra, a schoolchildren’s band. The leader of the Accra Orchestra at the time was a teacher, Joe Lamptey, who gathered talented young people together to form a band. Mensah continued to play with this orchestra and also learnt to play the alto-saxophone. His musical career was given an opportunity when he was able to finance his own musical ventures by opening a pharmacy.

Today is the birthday of the King of Highlife music, ET Mensah! He would have been 101years old today! This is the man who sang "Ghana our land of freedom" "All for you" "Minkebobayaa" and others. Ameyaw Debrah Media remembers this true legend! #ameyawtv read more on www.ameyawdebrah.com 📸 @gettyimages

The original “Tempos” band was formed in 1946, as a “jam session” group, by some European soldiers stationed in Accra; it played for army dances and at the Accra club. Over time, African musicians replaced the European ones, until finally it became an all-African band. Mensah joined the band in 1947. Shortly after this the band split up, to be reformed again with Mensah as its leader. The group gained international attention and in 1957 Mensah performed with Louis Armstrong.

The highlife style of music started to decline in the 1960s, but E. T. Mensah remained active for years afterwards.[3] He co-starred on a highly successful album with the Nigerian trumpeter Dr Victor Abimbola Olaiya.

We at Ameyaw Debrah Media remember and celebrate this true legend and proud son of Ghana!

Related Topics:E.T Mensah
Up Next

Akwaboah expresses disappointment at not winning “Album of the Year”: says he’s the electricity in the industry

Ghanaian singer, Efya has caused quite a stir on social media after revealing that she doesn’t know who popular Reggae artiste and Radio Host, Blakk Rasta is. END_OF_DOCUMENT_TOKEN_TO_BE_REPLACED

Ghanaian singer, Efya has reacted to Blakk Rasta’s comments about Sarkodie’s feature on the Bob Marley & The Wailer’s classic, “Stir It Up.” END_OF_DOCUMENT_TOKEN_TO_BE_REPLACED

Award winning Ghana musician who doubles as a physician specialist has stated in a recent interview on Asaase Radio that, the division of fans is rather killing the Ghanaian music industry than helping in building it. END_OF_DOCUMENT_TOKEN_TO_BE_REPLACED

American rapper, Tobechukwu Dubem, better known as Tobe Nwigwe has expressed his admiration for some Ghanaian musicians with whom he would like to collaborate. END_OF_DOCUMENT_TOKEN_TO_BE_REPLACED

Ghanaian Reggae and Dancehall artist, Stonebwoy has revisited the clash he had with Shatta Wale at the 2019 Vodafone Ghana Music Awards. END_OF_DOCUMENT_TOKEN_TO_BE_REPLACED