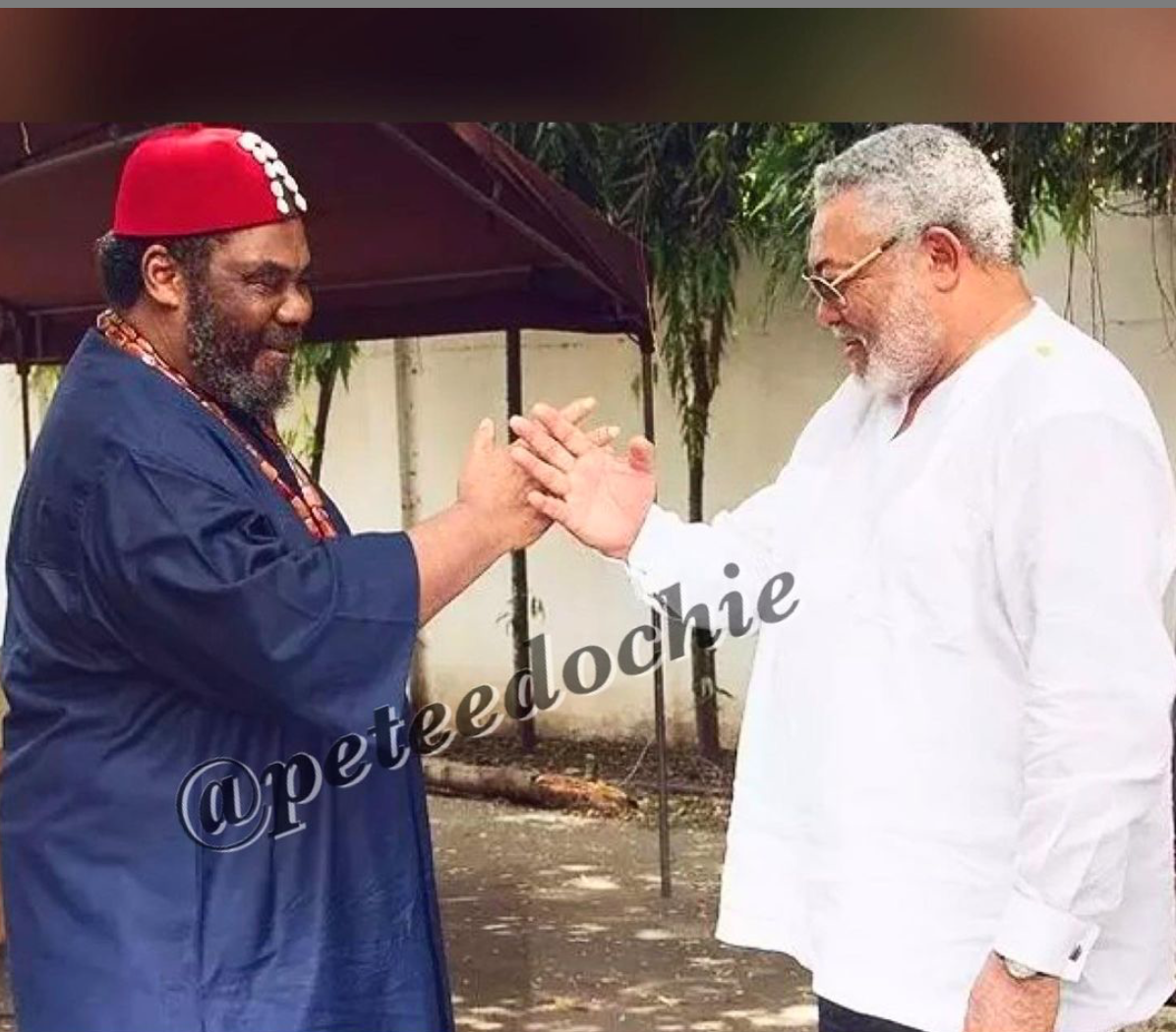 On Thursday, November 12, 2020, Ghana and the world were hit with the shocking news of the demise of Former President Jerry John Rawlings.

The unexpected news came as a big blow to admirers and supporters of the first President of the 4th Republic.

Reacting to the news on Instagram, the popular Nollywood actor shared a photo of him and the late Statesman with the caption,

His death came nearly two months after that of his mother, Victoria Agbotui, on 24 September 2020.

“I’m the king of highlife music, the best ever and I saved it”- Bisa K’Dei