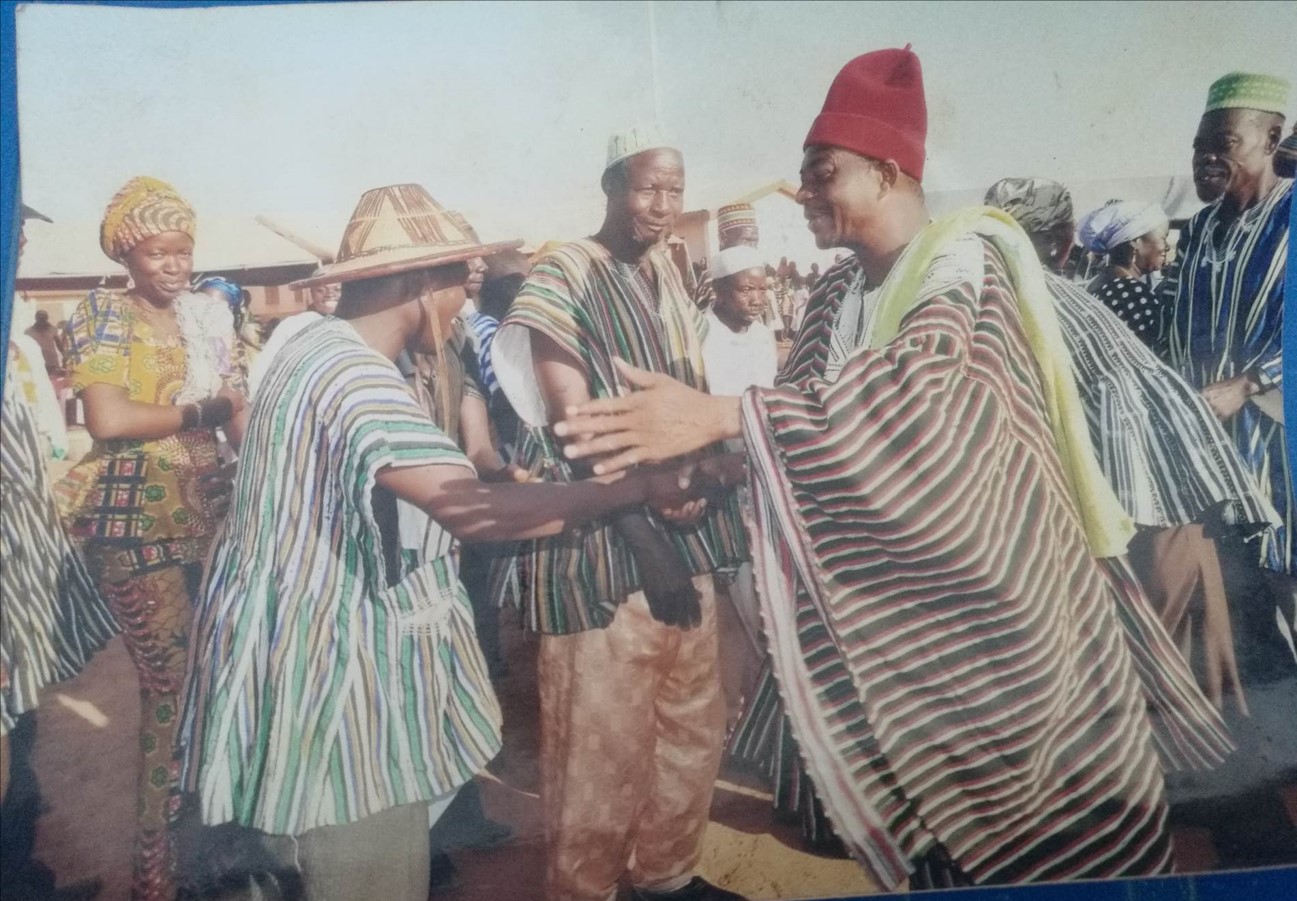 On this week’s episode of MTN Heroes of Change 2019, the MTN Foundation highlights the works of Rev. Fr. Akologo Dominic Azumah, a Catholic Priest and farmer, who has introduced technology into farming and improving the lives of the youth and their families in Binduri, Bawku in the Upper East Region.

The uniqueness of Rev. Fr. Akologo Dominic Azumah is not just the fact that he is a revered man of God who is helping the people in his communities. What makes him truly stand out is the introduction of technology to farming in very conservative communities which is improving the lives of the people.

Through his self-funded project, dubbed ‘Father Farms’, which is located in Binduri, Bawku in the Upper East Region, he offers farmers new ways of farming and certified seeds that vastly improve harvest and incomes. Father Dominic Azumah, a Catholic priest, has so far impacted more than 300 farmers and plans to reach a 1,000 at least.

“This community has generally been neglected. The unemployment rate is too high. The youth keep travelling to the south for greener pastures. This is delaying the development of this community.Kwame Nkrumah did his part for Ghana, my question was, ‘what can I do also for the people and youth of Binduri and Bawku?’,” this he says is his motivation to start ‘Father Farms’.

As a farmer himself, he does know what farming, coupled with the right technology can do for the society. So he first started with organising a mentorship programme and brought all the interested youth together. Through that he took them through the benefits of farming as individuals and the society.

“I then teach them the new ways of livestock and crop farming. After the mentorship, those who want to pursue any of the two branches, either livestock or crop farming, I lead them into acquiring lands for farming. I then provide for these young men their first seedlings which I produce myself (onion, cabbage, garden eggs, yam).

Those who want to go into livestock too help them. I monitor their work periodically till their first harvest and even subsequent planting seasons,” he says.

When he found a new type of rice, which is also doing well, he introduced all of them to it. “I produced seedlings, tried it and it was marvellous harvest. The project is to empower these young men to be able to provide for themselves and their families,” he adds. 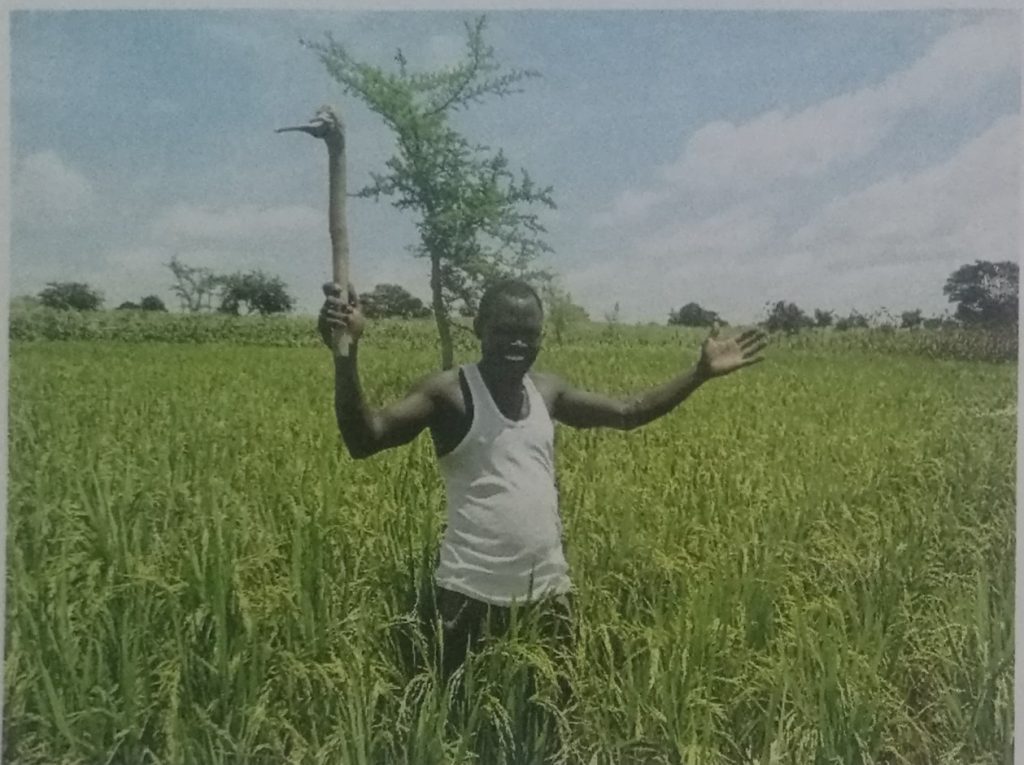 Through his income as a priest and sales he makes from the harvests, he has been able to train over 300 young men (famers) in Binduri and other three communities around Binduri. Unsurprisingly, the women are also not left out because he believes that communal benefit far outweighs individual benefit.

With the training of over 300 young men who are now working and are able to support themselves and their families adequately, the rate at which the youth used to migrate to the south has reduce and poverty has significantly reduced as well. “They are now happy farmers.”

Despite the good works, Father Dominic believes that the provision of water pumps will go a great length to allow the farmers till the land all year round instead of waiting on the rains, which have become unpredictable these days due to climatic changes.

“These farmers can farm all year round if they can get water pumps to help them irrigate their farms in the dry season, but they don’t have it,” he says adding that more funds to help train more of the youth who are willing to learn will be awesome. Also, a car to make him more mobile will do more good than one can imagine.

Filled with satisfaction when he sees how these men are happy, which motivates him to do more, he plans to train the youth beyond Binduri which include the whole Bawku area and six other districts.

To allow him to do more, he wants to build a training center, where seed would be produced and trainings will be held periodically to let them know the new trends of farming.

Rev. Fr. Dominic Azumah was nominated by Agurie Moses, a 37-year-old teacher who heard of one of the training sessions, and joined. “I was amazed at the new ways of farming that he was teaching, when he introduced the rice seedlings, we all to did not believe it will work till we saw his harvest,” he says.

Since then, he has developed the love for farming, especially when he got to know a bag of onion can be bought GH¢1,000. To Moses,Rev. Fr. Dominic Azumahhas really changed the face of farming and has really help the youth of this community and beyond.

“He is helping to solve the unemployment rate in Bawku. He has changed the life of so many families. He is helping to eliminate poverty in Binduri through farming. His passion to help develop Binduri motivates me so much. I am also into farming because of him,” he adds.

Commenting on Rev. Fr. Dominic Azumahproject, the Corporate Services Executive of MTN Ghana, Samuel Koranteng said: “we initiated the MTN Heroes of Change to identify and reward projects such as ‘Father Farms’.”

Four out of the total number emerged ultimate winners. They are Dr. Abrokwa-Yenkyera, a plastic surgeon and founder of Grafts Foundation; Madam Paulina Opei, founder of Save our Lives Orphanage; Genevieve Basigha founder of Research Utilization School for the Deaf; and Naomi Esi Amoah of Blessed Home Orphanage.

Heroes of Change Season 5 is airing on:

Young Ghanaian Poet, Gabriel Opare Blames American Pop Culture For The Cultural Decline Of Africa
5G: Learning about the benefits and transformations it brings to our lives
Advertisement
Advertisement