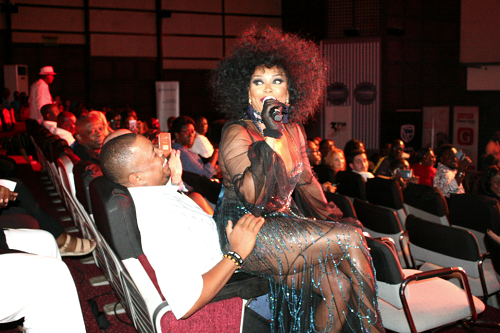 Cameroonian bassist, Richard Bona was one of the main acts at this year’s Stanbic Ghana Jazz Festival and he didn’t fail to thrill patrons last Saturday at the Accra International Conference Centre. Last Saturday’s show climaxed the three-day jazz festival organised by Stanbic Bank and lead partners Vodafone Business Solutions and Graphic Communications Group Ltd. Though the stage had been adequately warmed by other artistes before he appeared, it was obvious that he was the one everyone was waiting for. To say he was impressive will certainly be an understatement because he was really on top of his game and had patrons asking for more when he was done. Richard Bona did not only give a good account of himself but interacted with the audience as well. As soon as he came on stage, he told everyone he was going to have a good time and he sure did. But he was not the only one who had a good time, everyone else did. 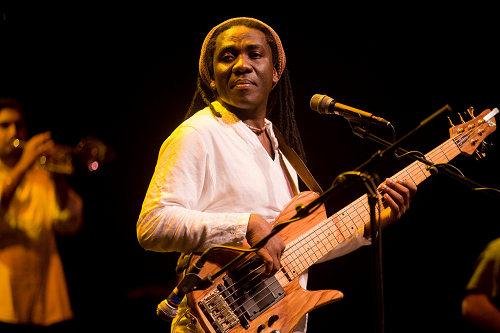 “I love Ghana, I had Banku and Tilapia today and it was very delicious, I am certainly going to come back for more,” he told the excited audience. He hinted that he would be opening a night club in Accra very soon and this was well received by the audience. He then took the audience through some singing sessions before finally bringing the festival to a close. Adomaa did well to open proceedings for the well attended event doing a medley of songs. She did songs from Paapa Yankson, Kojo Antwi, R2Bees, Stonebwoy and Castro. She also did songs from her own repertoire and patrons enjoyed her amazing voice. Medical Doctor cum musician Knii Lante was also on point when he took his turn on stage. A choreography with Bob Marley’s No Woman, No Cry urshered him on stage as he treated everyone to some great tunes. When she took her turn, sexy Stephanie Benson wowed patrons with her renditions. She also did her popular So Me Mu. Tom Braxton was also on the bill and his dexterity on the saxaphone could not be missed by anyone. He was joined by Steve Bedi and later by Aka Blay as they did Densu. The three-day Stanbic Ghana Jazz Festival which started on Thursday, November 2 was under the theme Sax & Strings Cruise featured others artistes such as Gerald Albright, Yomi Sower, PFC, Jazz Accra Quintet, Blue Rhythms, Jasper Band, Francis Osei, Paa Kow and Ayisa-Dey. ]]>

Your stay-at-home wives give up their dreams for you, respect them- Nigerian actress Mary Njoku to husbands