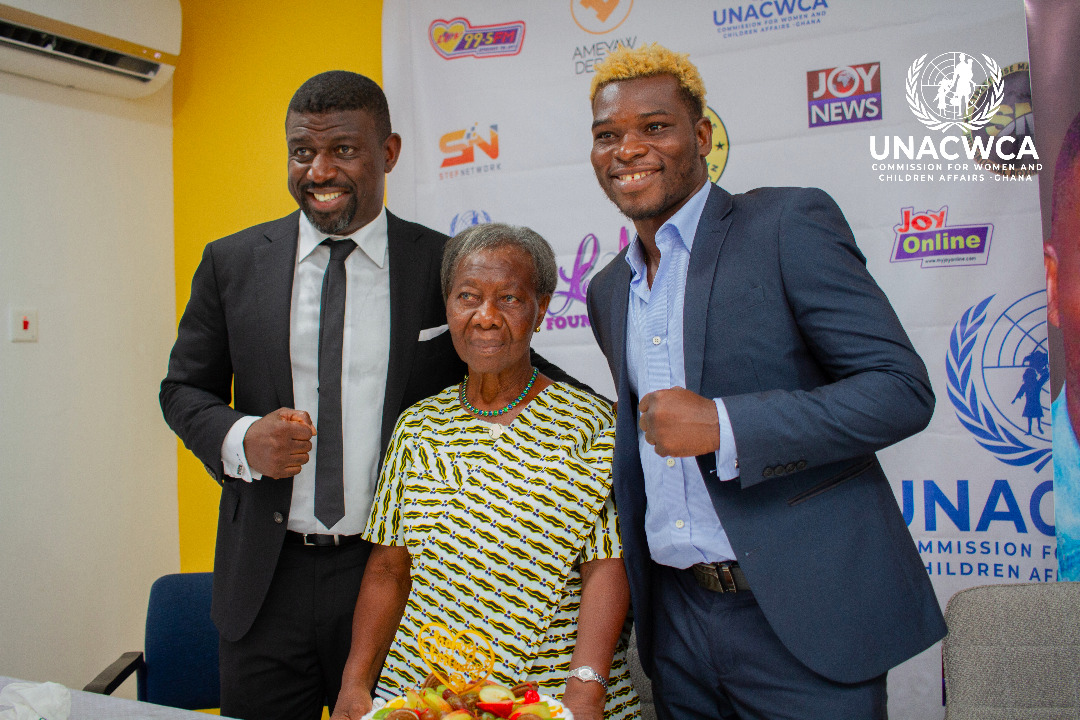 The United Nations Association Of Ghana Commission For Women And Children Affairs (UNACWCA), has reached an agreement with the Former IBF Lightweight champion Mr. Richard Oblitey Commey, to  have him serve as a Goodwill Ambassador of the Commission.

It comes after the Commission has monitored Mr. Commey’s good conduct and humanitarian services in diverse ways. This agreement has been made possible by Mr. Commey’s own passion to do something enduring for women and Children in Ghana. His management – Streetwise Management Limited, has also consented to this agreement.

This is a longterm relationship which will see Mr. Richard Commey work closely with the UNACWCA, Government, Civil Society and other Interest Groups to facilitate the attainment of UN SDG 5 – Gender Equality and Women Empowerment in Ghana.

As you may be aware, the Sustainable Development Goals (SDG’s) are set of 17 goals and 169 targets agreed by all UN member states with the aim to achieve a better and more sustainable future for all. They address the global challenges we face, including those related to poverty, inequality, climate, environmental degradation, prosperity, and peace and justice. The Goals interconnect and in order to leave no one behind, it is important that we achieve each Goal and target by 2030.

Today’s signing of the MOU between UNACWCA, Mr. Richard Commey, and Streetwise Management Limited is a seal on this deal and details among many things specific responsibilities of the Goodwill Ambassador;

It is the UNACWCA’s hope that by working with Mr. Richard Commey, and other stakeholders, it shall be able to deliver on its mandate areas such as:

The UNA COMMISSION for Women and Children Affairs is an affiliate of the United Nations Association of Ghana (UNA), with the Commission overseeing and championing the affairs of women and children in Ghana.

Ghanaian musician and songwriter Kwame Nsiah-Apau, popularly known as Okyeame Kwame, says he has never cheated on his wife since they married 16 years ago. END_OF_DOCUMENT_TOKEN_TO_BE_REPLACED

TV3 and 3FM’s entertainment journalist and television host, Gloria Akpene Acquah, popularly known as MzGee, has quit her job with the Media General after 2 years. END_OF_DOCUMENT_TOKEN_TO_BE_REPLACED

Lynx Music signee, Kuami Eugene has called out social media users who are usually seen jamming to other nationals’ songs on Tiktok to equally do more videos with Ghanaian songs. END_OF_DOCUMENT_TOKEN_TO_BE_REPLACED