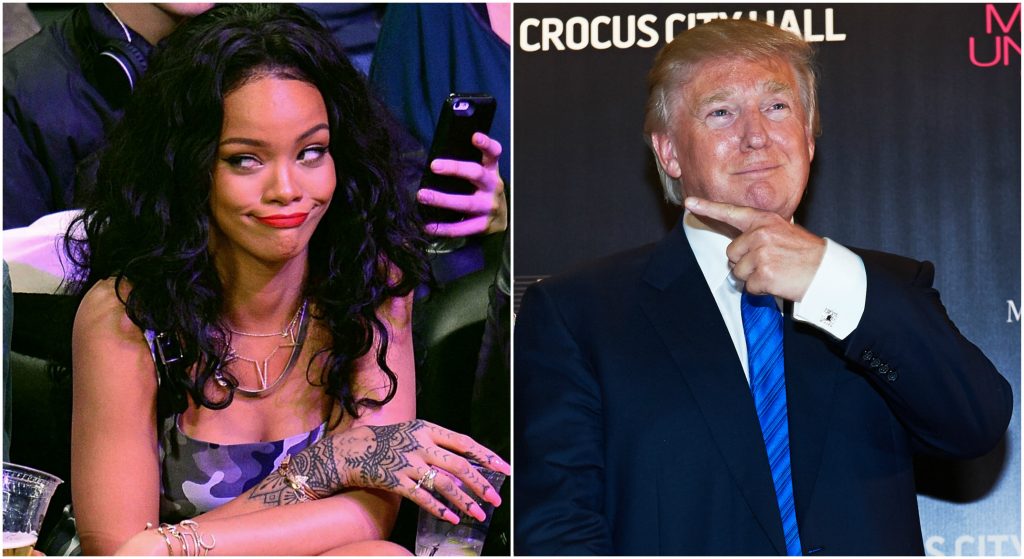 Rihanna blasts Donald Trump for playing her songs at his “tragic rally”[/caption] Grammy-award-winning artist Rihanna has condemned US President Donald Trump after finding out her hit song “Don’t Stop the Music” was used at one of his rallies. The singer said her music would not be used “for much longer” after learning her 2008 song was used at his rally on Twitter. In response to a Twitter user, the 30-year-old tweeted: “Not for much longer…me nor my people would ever be at or around one of those tragic rallies, so thanks for the heads up.” https://twitter.com/rihanna/status/1059240423091245056 Rihanna is the latest celebrity to attack Mr. Trump for using their music at his rallies, following on from artists such as Pharrell Williams and Adele. Pharrell recently sent Mr. Trump a legal challenge over his use of the song Happy. https://ameyawdebrah.com/pharrell-williams-orders-donald-trump-to-stop-playing-his-music-at-rallies/]]>

Related Topics:Donald TrumpRihanna
Up Next