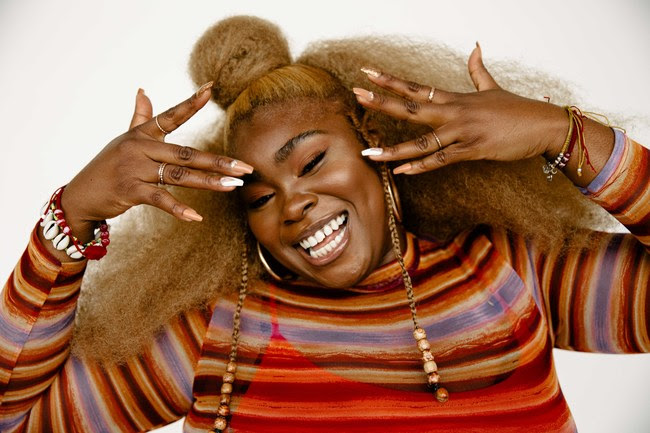 Rising rapper Nnena debuts a new song, “Work It Out,” alongside a music video. The track was produced by Dave Hamelin (070 Shake, Leikeli47, etc.)

‘Work It Out’ is a fun song to take your mind off the bullshit. I’m just a sick little bitch and dick is just floating around in my head. I’m goin’ out with my girls, dancing around the town and there’s a stupid guy around. Don’t want to give up the dick—dick is pretty controlling,” Nnena says of the track.

“Dave [Hamelin] was just playing me beats and he played this shit with hella drums in it, and some chanting in the background,” she continues. “I was like, okay, I feel connected to this shit. And we just started working on it. On the third verse, I had to get real bars-y in that bitch.”
Directed by Rosco Guerrero of Blurred Pictures, the music video finds Nnena making her way down the Venice Beach boardwalk on a sunny day, shooting hoops (a college pastime) and dancing with roller girls.

Born Nnena Adigwe to Nigerian immigrant parents in Cleveland, OH, Nnena is a first-generation American who raps to tell stories and empower women. Her inspiration comes from MC storytelling elites like Lauryn Hill, Aretha Franklin, Missy Elliott and Queen Latifah, as well as from her own lived experience as a woman.
Her releases to date have caught the attention of BBC 1’s Annie Mac, Apple Music’s Ebro Darden, Teen Vogue and more. Nenna is currently working on more music to be released imminently via Loud Robot, and she is also working in writing sessions for artists including Beyonce, Rihanna and Normani.
Launched in 2018, Loud Robot is an artist-friendly independent music label out of J.J. Abrams’ production company, Bad Robot.
Related Topics:Nnena
Up Next