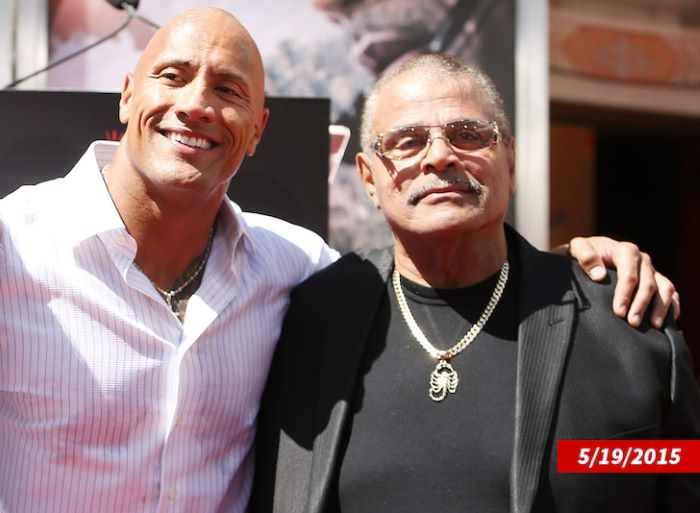 Rocky Johnson, the hard-bodied professional wrestler known as Soul Man who battled racism early in his career and later helped train his son, the actor Dwayne (the Rock) Johnson, has died. He was 75.

His death was announced on Wednesday in a statement by World Wrestling Entertainment. No cause was given.

Mr. Johnson rose from small-town Canada to fame in the 1980s as a muscular wrestler who bounded off the ropes, delivered punishing jabs and called himself “the king of the dropkick” for his ability to dispatch opponents with that singular move.

His opponents included well-known figures in the professional wrestling world, like Greg (the Hammer) Valentine, Don Muraco and Adrian Adonis. But he was perhaps best known for pairing with another black wrestler, Tony Atlas, in a tag team known as the Soul Patrol.

The two became the first black world tag team champions in W.W.E. history when they defeated the Wild Samoans on Dec. 10, 1983, according to World Wrestling Entertainment, which released a video clip of some of Mr. Johnson’s highlights on Wednesday.

In an interview with thehannibaltv.com, Mr. Johnson recalled the many successes he had in a career that took him around the world, but said there was also racism in professional wrestling, “then as it is now.”

“Now, it’s more covered up,” Mr. Johnson said in the interview. “But there was a lot.”

Mr. Johnson said he fought against such prejudice, refusing to take part in some degrading performances.

“I was headstrong,” he said in the interview. “I kept myself in shape and the stuff they were doing in the South, I wouldn’t go for. They wanted to whip me on TV, like they used to do with the slaves and all that. I said, ‘No. I came in as an athlete, and I’ll leave as an athlete.’ And they respected me for that.”

When his son showed an interest in wrestling, Mr. Johnson said, he offered to train him.

“‘I’m going to train you 150 percent,’” Mr. Johnson recalled telling his son, in the interview with thehannibaltv.com. “And I was hard on him. But he never gave up.”

Born Wayde Douglas Bowles on Aug. 24, 1944, Mr. Johnson grew up in Amherst, Nova Scotia, and moved to Toronto as a teenager. He boxed as a young man and recalled sparring with George Foreman and Muhammad Ali.

He adopted the name Rocky Johnson, he said, as a tribute to two of his favorite boxing greats: Rocky Marciano and Jack Johnson, the first black heavyweight boxing champion.

Mr. Johnson’s sports-entertainment career began in the mid-1960s with the National Wrestling Alliance. But he found his greatest success when he began his tenure with what is now the W.W.E. in 1983, the company said.

Mr. Johnson retired from the ring in 1991. A complete list of survivors was not immediately available.

The younger Mr. Johnson eventually became the more famous member of the family, as the star of action and comedy movies.

He made his debut as a W.W.E. wrestler in 1996, and his father was a frequent part of his act, leaping into the ring and defending his son when he looked to be in trouble.In 2008, the younger Mr. Johnson helped induct his father into the W.W.E. Hall of Fame, where the company said “he will be forever enshrined as one of sports-entertainment’s most influential performers.”