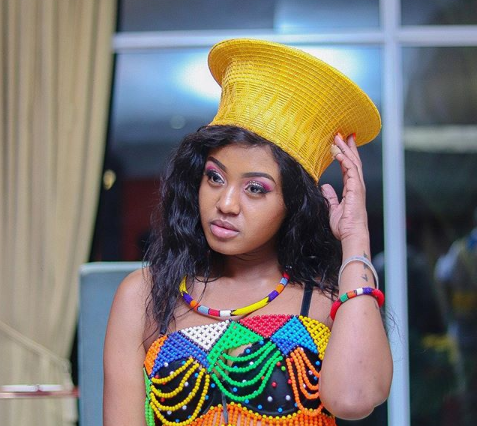 Organizers of the Mapopoma Festival in Zimbabwe has dropped South African singer Babes Wodumo from their list of performers at the event over her tweets which supported xenophobia.

Babes Wodumo will no longer headline the Festival which will take place at the Victoria Falls Sports Club in Victoria Falls, Zimbabwe, from 29-31 December 2019.

After all that Twitter heat, she came out to say her account was hacked and all that tweets weren’t from her.

Festival’s founder and operations director, Patrick Mhofu Musonza, confirmed that Babes Wodumo won’t be performing at the event in Zimbabwe:

“We wanted Babes to perform but after that tweet, the people who are going to the festival are after her head. Once she arrives in Zimbabwe, her safety is our concern. We are cancelling the event because of her safety and security concerns.”

Chris Brown to be one of the groomsmen at Davido’s wedding ?

What a time to be an African! On the back of a successful Global Citizen Festival in Accra, and a visit of  Recording Academy CEO, Harvey Mason Jr to Ghana, his first trip to West Africa, it appears that Afrobeats may soon get its individual shine at the Grammys! END_OF_DOCUMENT_TOKEN_TO_BE_REPLACED

The School of Graduate Studies of the University of Professional Studies (UPSA) has honoured Ghanaian musician, Rebecca Acheampong known popularly as Becca for her outstanding academic achievements. END_OF_DOCUMENT_TOKEN_TO_BE_REPLACED

Platinum selling artist, KiDi has reacted to the resurfacing of his old tweets on the social media platform. END_OF_DOCUMENT_TOKEN_TO_BE_REPLACED