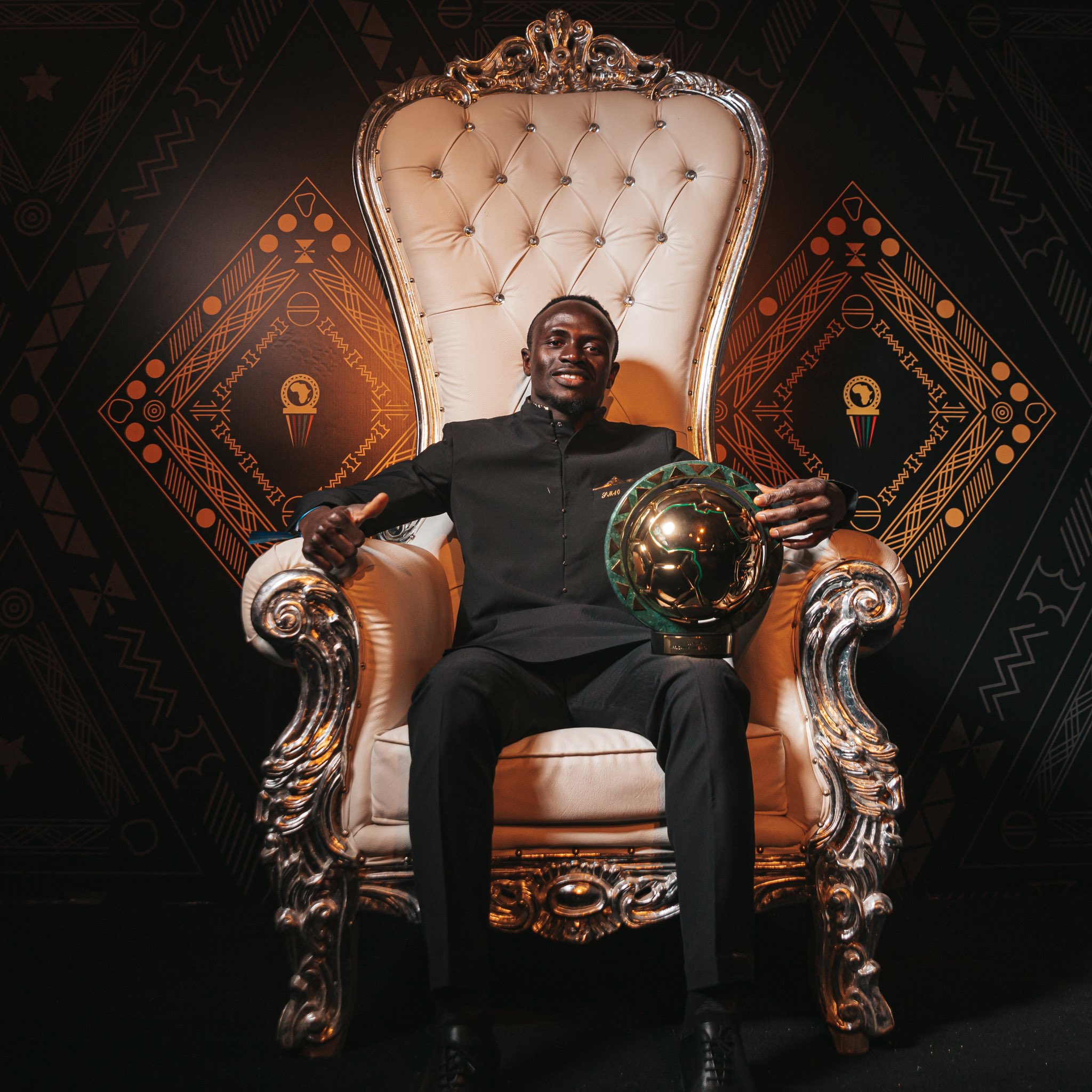 Liverpool’s Sadio Mane has been named the Confederation of African Football’s (CAF) 2019 African Player of the Year for the first time.

The Senegal forward beat club team-mate Mohamed Salah – who had won the award the previous two years – and 2016 winner Riyad Mahrez to the prize.

Mane, 27, helped the Reds to the 2018-19 Champions League title, scoring 30 goals in all competitions last season.

“I’m really happy and proud to win this. Football is my job, I love it,” said Mane.

“I would like to thank my family, my national team, staff, the federation and Liverpool Football Club. It’s a big day for me.”

Mane collected his award at a ceremony in Hurghada, Egypt but neither Salah, who had won the award in both the past two years, nor Mahrez were present.

Mane has finished in the award’s top three for the last three years, and has long targeted the prize in order to emulate the achievement of one of his heroes, former Liverpool striker El Hadji Diouf, who won it in 2002.

Morocco right-back Achraf Hakimi, 21, who plays for Borussia Dortmund on loan from Real Madrid, was the winner of the Youth Player of the Year award.

Nigeria and Barcelona forward Asisat Oshoala was named the African Women’s Player of the Year ahead of Valerenga and Cameroon forward Ajara Nchout and Beijing BG Phoenix and South Africa forward Thembi Kgatlana.

Cameroon, who lost 3-0 to England in the last 16 of the 2019 Women’s World Cup, picked up the prize for African Women’s National Team of the Year, with Africa Cup of Nations winners Algeria taking the men’s honour.

Djamel Belmadi, who guided Algeria to the Afcon title, won Men’s Coach of the Year, with Diseree Ellis, the coach of the South Africa national team, winning the women’s award.