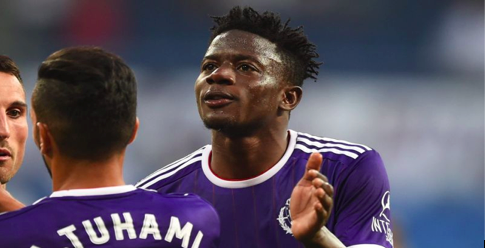 The football season has come back and has done so with a vengeance as many fans are excited at the prospect of a packed schedule once again – with the recent campaigns ending in Europe with an eye to start the 20/21 season in September, there’s a lot of hype surrounding many new signings and how they may perform and one exciting up and comer has been the former Real Vallodolid defender moving to Southampton in Mohammed Salisu, but it seems his attentions may be elsewhere.

The 21 year old player had built up a lot of interest after a series of outstanding performances during La Liga season play, reportedly he had been attracting interest from big names such as Atletico Madrid and Manchester United – but also from international interests too – the coach of the black stars CK Akonnor had reached out to the youngster last November in a bid to have him play for the Ghana national team but the center-back has yet to make himself available for international duty pending his upcoming club move. There are a number of theories as to why he has yet to fulfil his duty to the national team – one has been a possible link to a speculated international future at Spain for his perceived lack of interest but without any comment directly from the player it’s unlikely that this could be the reason.

Last season the youngster didn’t disappoint though – making 31 La Liga appearances and starting in 30 of those games, the player managed to score his first goal for the club whilst also assisting another – there’s still plenty of time for the player to announce his decision however, initially set to take place between the 9th of January and the 6th of February 2021, the African Cup of Nations has since been moved to January 2022 which provides enough time for the Black Stars to encourage the young defender to play for them internationally, some sources say he did recently decline due to injury but there has been no confirmation of that.

With so much interest from big clubs and the move to the Premier League looming, he’s certainly a great prospect and also a good nod for many punters, with major sporting events returning all over the world there has been a renewed focus in online betting and gambling as many players return to their favourite past time – a young star bolstering the ranks will of course make any team a more attractive prospect – there have been changes affecting some of these punters however as recent adjustments to regulation have made some sites unusable but as many operators are starting to register elsewhere as this non gamstop casino list here shows, there are a growing number of opportunities for players to continue involvement – whatever happens on the international side of things though, it seems Salisu has a bright future in English football and before long could see himself playing for one of the biggest clubs in the world, if he continues to impress much in the

Related Topics:Mohammed Salisu
Up Next

How Does A CashBack Loan Work?