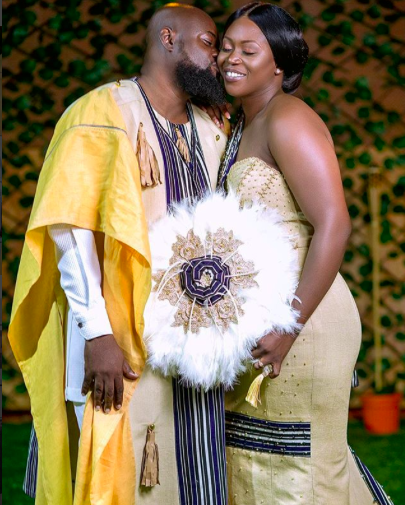 Sammy Forson marries Pearl Johnson in a traditional ceremony in Bolgatanga[/caption] Months after a video of his proposal to his girlfriend went viral online, Radio/TV personality Sammy Forson and Pear have started their wedding bliss with a traditional ceremony in Pearl’s hometown in Bolgatanga, Upper East. The ceremony started on Thursday and it is expected to continue for some few more days with various activities and ceremonies.

Bra @sammyforson and wife Pearl on the floor at their wedding ceremony 😂😂😂 pic.twitter.com/zg4bI5JFFV

Sammy sharing a photo from the ceremony paid a romantic tribute to his wife saying:“Happy is the man who finds a true friend, and far happier is he who finds that true friend in his wife… God bless you my queen”  ]]>
Related Topics:
Up Next