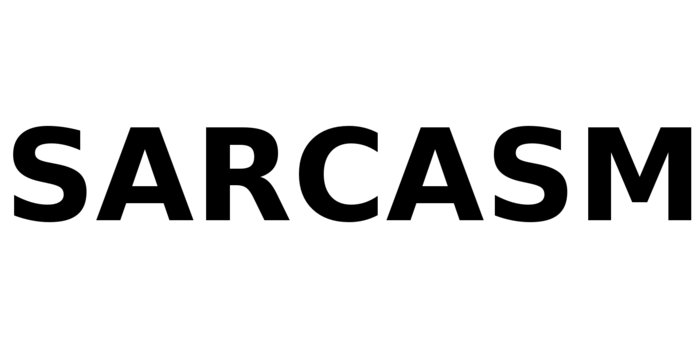 Sarcasm is widely promoted by pop culture and social media these days.TV shows like “Friends”, “The Big Bang Theory” and animated series like “The Simpsons”, “Futurama”, “Family Guy”, “American Dad” and many others use sarcasm constantly in their range of striking jokes. But what is sarcasm, exactly? Sarcasm is a form of verbal irony that is used to mock and deride, however this does not necessarily mean that whoever uses it is mean or vicious. Sarcastic statements in speech are often distinguished by changes and in voice and intonation, sometimes supported by certain gestures or mimics, like rolling the eyes. Recognizing sarcasm from other literary methods Sarcasm can easily be mistaken for irony, satire or cynicism. Although irony is usually a feature of sarcasm, it means just saying the direct contrary to what one has in mind. Satire is used to caricature, mock and make fun of an individual or situation, often in political connotation. Cynicism is a broader concept that implies a general suspicion toward the motives of other people. Sarcasm and literature Sarcasm in literature is primarily used to create a brighter image of a witty character. It also enriches and freshens the story up with jokes without making them look awkward and unnatural. For example: ‘What were you doing under our window, boy?’ ‘Listening to the news,’ said Harry in a resigned voice. His aunt and uncle exchange looks of outrage. ‘Listening to the news! Again? ‘Well, it changes every day, you see,’ said Harry. This passage from J.K. Rowling’s Harry Potter series is a vivid example of sarcasm. Harry, who, by the way, often uses sarcasm as a weapon against powerful people, whom he despises, in this case has noted his uncle’s lack of logical thinking and intelligence. Some authors, however, avoid using sarcasm in their work. For instance, Thomas Carlyle, although was a satirical writer, scorned sarcasm and said “Sarcasm I now see to be, in general, the language of the devil; for which reason I have long since as good as renounced it.” On the contrary, Fyodor Dostoevsky considered sarcasm as a tool of self-defense: “usually the last refuge of modest and chaste-souled people when the privacy of their soul is coarsely and intrusively invaded. ” It is quite notable, that even the Bible has sarcastic lines, albeit this would probably be the last book you’d consider reading in search of them: in the book of ‘Exodus,’ Moses says, ‘Was there a lack of graves in Egypt, that you took us to die in the wilderness?’ Sarcasm and education Sarcasm in educational system is one of the most controversial themes to debate about, as people’s perception of this literary method seem to be diverse. Some think that sarcastic jokes are as innocent as any other, whereas others consider them offensive and see them as an act of self-assertion on someone’s expense. Of course, it is important to eliminate sarcasm from the routine of teaching in schools, as children do not have as developed sense of humor as adults do, and thus, what seems witty for a teacher might feel like something cruel for a kid. Sarcasm in college can be justified by the age of the students: they are mature enough to understand jokes and ingenious enough to respond to them in a proper manner. Nevertheless, researchers say that it is better to avoid sarcasm in a classroom at all. They explain this advice with the assertion that when a person is determined to study, one is prepared for potential embarrassment associated with the fear of failure to perform well. Hence, there is no need to increase the level of stress that student is already exposed to. Moreover, what was reckoned as an ingenuous joke from a teacher can escalate into an avalanche of mocking from classmates, thus the teacher should think twice before practicing sarcasm in class. Can sarcasm be beneficial? Despite the growing popularity of sarcasm, experts in social studies and communication still recommend avoiding it in any kind of interpersonal relationships. They see it as a slippery slope that inevitably leads to conflicts. The cooperative research of Li Huang, Francesca Gino and Adam Galinsky has shown that direct critique and reproach are taken better than sarcastic comments. Surprisingly, in social experiments where one person was acting wrong, and the other made a sarcastic remark about it, respondents were more gracious towards people who were mocked. In other words, people would rather forgive you for what you did than what you said. Moreover, the respondents in this study were hostile towards sarcasm in any form: spoken or written. Oscar Wilde, the famous sarcastic mastermind referred to sarcasm as “the lowest form of wit but the highest form of intelligence”, and he could not be more accurate. The thing is, that other experiments held by the same group of scientists had proven that using sarcasm can enhance creative thinking. In this study, volunteers were divided into groups, where they had to make a conversation, choosing their phrases from a suggested list with both sarcastic and nonchalant phrases. Consequently, all the respondents had to perform some tasks where they had to apply their creative skills, and those individuals who were exposed to sarcasm had shown significantly better results. Human brain has to enable complex cognitive skills in order to process sarcasm, and overcome the contrary between what is said and what is meant. To mock or not to mock? So, is there a reason why sarcasm is so popular, yet so despised? Apparently, everyone likes to make fun, but no one likes being made fun of. The only plausible advice is to use sarcasm at your own risk. While there are numerous other ways to boost your cognitive skills, there is not so much you can do to recommence your relationships with other people after some uneasy jokes. About the author Piper Perry, major in Mass Communication and Public Relations. Essay writer for pro-papers.com]]>

Month of Love? 6 Reasons To Hate February… a guest blog!