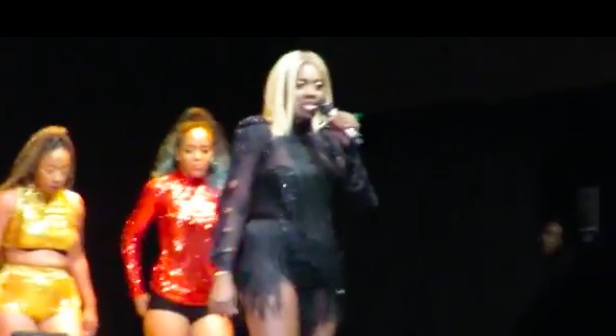 The highly anticipated Afrimma 2017 Awards & Music Festival lived up to the hype as Dallas witnessed a great show at the House of Blues, Dallas Texas. Hosted by Basketmouth and Chipukeezy, it was a gathering of who is who in African music .

The show kicked off with an unforgettable performance by the Triplets Ghetto Kids from Uganda who took home the Best African Dancer category.

Other performers include Scientific from Liberia, Tzy Panshak from Cameroon, Falz from Nigeria , Tiwa Savage , Kaffy Dance Queen, C4 Pedro as well as Nsoki and the Francophone King Fally Ipupa. Basketmouth had the audience in stitches as he anchored a great show that would live long in the minds of many.  Davido won the biggest prize of the night in a double salvo with ‘If’ – Song of The Year as well as being named artist of the year.

Burna Boy has revealed in an interview that American R & B star Toni Braxton gets 60% of the royalties of his last single ‘Last Last.’ Burna Boy made this revelation when answering questions of how the single came about while appearing on a podcast. END_OF_DOCUMENT_TOKEN_TO_BE_REPLACED

Ghana have been banned from competing in the next two editions of the FIFA U17 Women’s African Qualifiers and fined $100,000 by the Confederation of African Football. END_OF_DOCUMENT_TOKEN_TO_BE_REPLACED

Although the music industry in Ghana is heavily dominated by males, there are a few young women, pulling their weight, and rubbing shoulders with their male counterparts. END_OF_DOCUMENT_TOKEN_TO_BE_REPLACED

Chris Fonye popularly known as “Hydraulix Fonye” is a Ghanaian producer, sound engineer, songwriter and singer with a vast experience in the Ghanaian entertainment industry. END_OF_DOCUMENT_TOKEN_TO_BE_REPLACED

Although there may be hundreds of afro-beats artists in the country, Highly Spiritual Music signee, Lasmid believes he is unique. END_OF_DOCUMENT_TOKEN_TO_BE_REPLACED