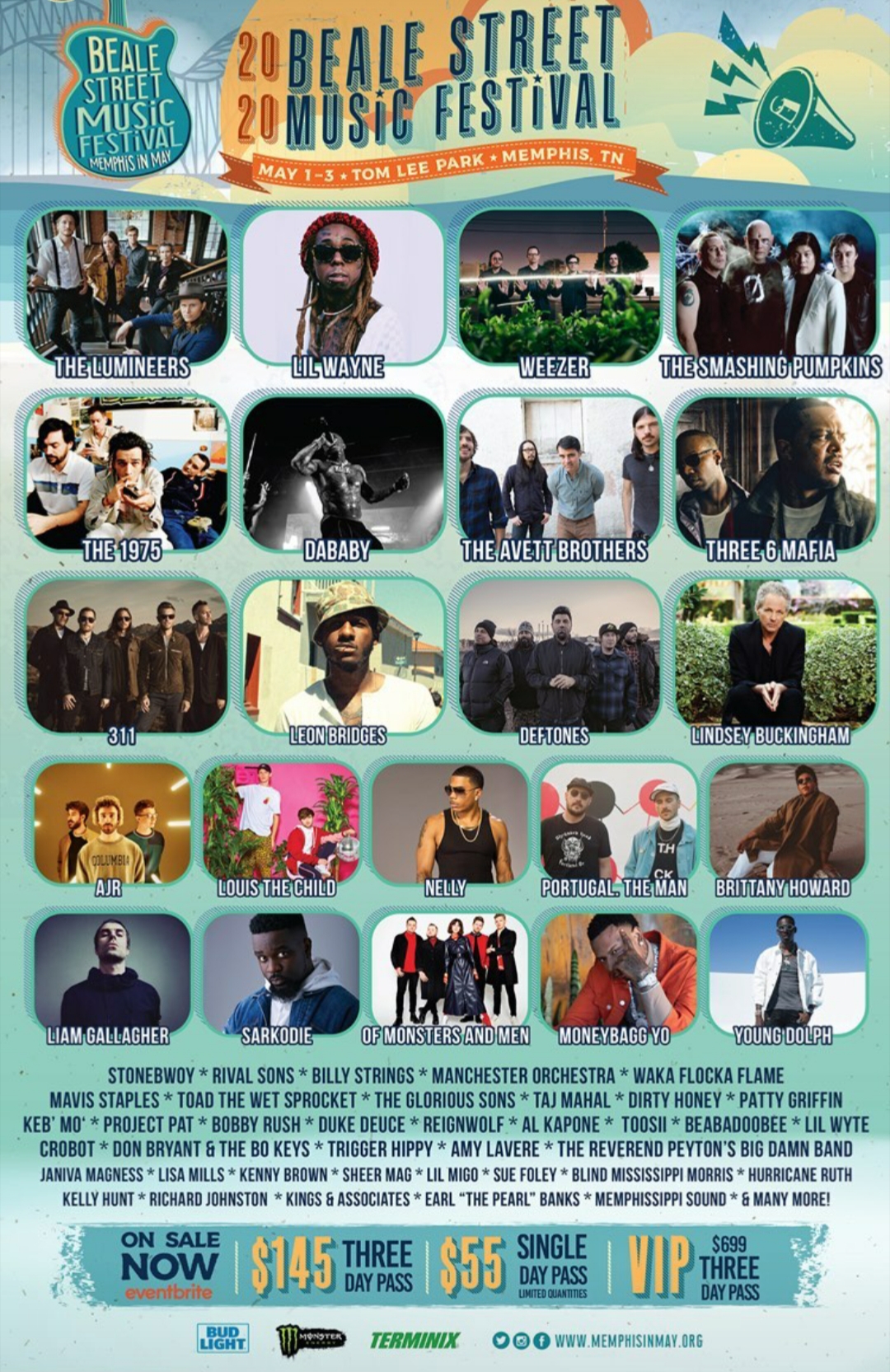 This year, Memphis’ Beale Street Music Festival returns to Tom Lee Park the weekend of 5/1-3. The headliners are the Lumineers, Lil Wayne, Weezer, Nelly, and Waka Flocka Flame. But what is  even more exciting is the fact that Memphis in May will be giving a month long cultural salute to Ghana this year, therefore the lineup will include two Ghanaian superstars Sarkodie and Stonebwoy.

“While the 2020 Beale Street Music Festival not only brings back to Tom Lee Park popular acts such as Weezer, The Smashing Pumpkins, The Avett Brothers, 311 and Deftones, we’re bringing new acts who are making their festival debut in 2020, such as The Lumineers, Lil Wayne, The 1975, DaBaby, and Leon Bridges… Of course, Beale Street Music Festival always prominently features Memphis artists and this year is no exception, with Three 6 Mafia, Moneybagg Yo, Young Dolph, Mavis Staples, Project Pat, Al Kapone, Lil Wyte, Amy LaVere and many more,” says James L. Holt, President and CEO of Memphis in May 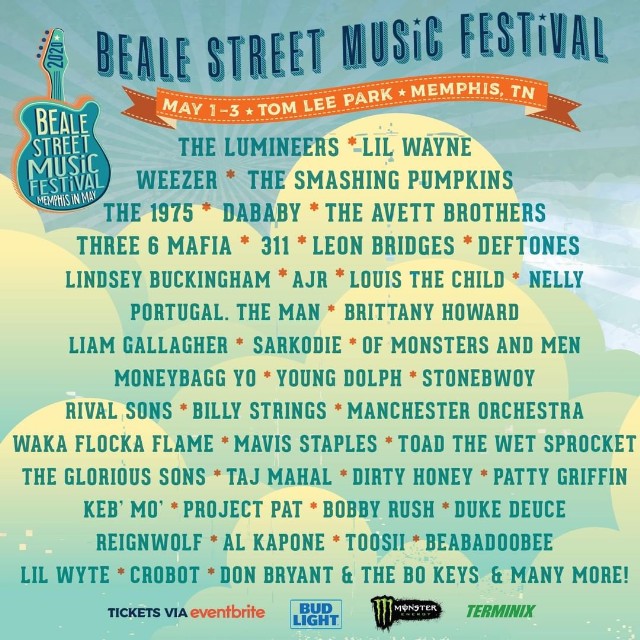 Tickets to the festival can be purchased on eventbrite.com and are on sale now through April 19. You can buy three-day passes for $145 or single-day tickets for $55 (limited quantities). VIP passes are also available for $699.

The Beale Street Music Festival will be May 1-3, 2020. If you would like to volunteer for Memphis in May, click here.

I have not profited from organising Miss Ghana- Inna Patty