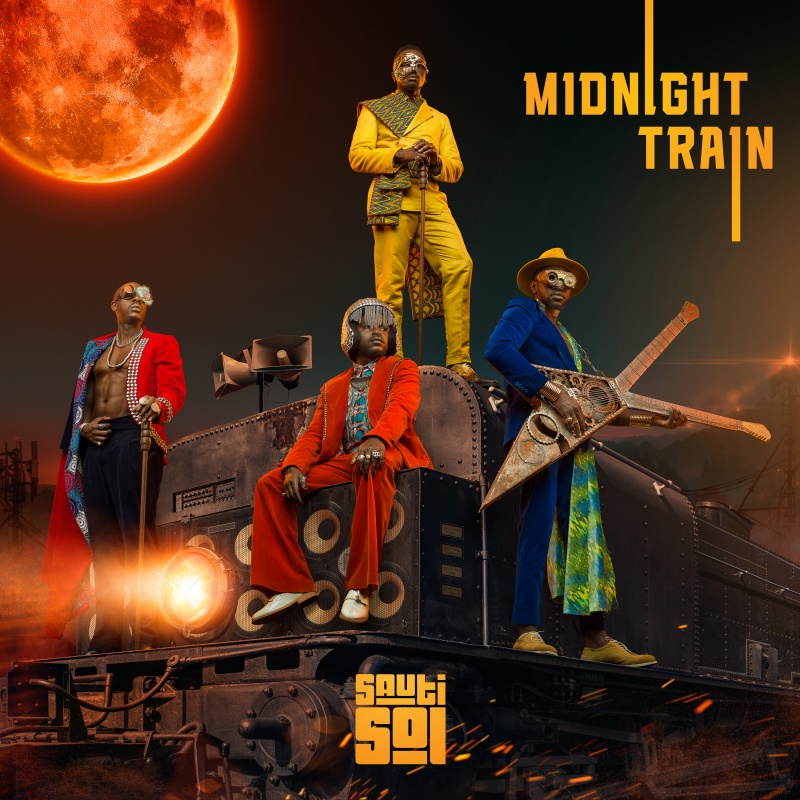 Multi -Award winning group Sauti Sol return with their fifth studio album, MIDNIGHT TRAIN, released today on Universal Music Africa. The 13 track album takes you through the journey of life, embracing the trials and tribulations that come with it.

The title track “Midnight Train”, produced by Andre Harris (Justin Bieber, Kanye West, Jill Scott), is a representation of their never -say-die attitude. The song is about their hustle and the effort they have put into their career, burning the midnight oil.

“We’ve had an amazing journey so far and it’s like an ever moving train. Each time we make it to a destination we realize the road doesn’t stop there. We continue to better ourselves and look forward to bringing our fans along with us as we grow, says member Chimano.

With many accolades, awards and global recognition, Sauti Sol has been soaring high, offering 4 critically acclaimed singles ahead of the album’s release. The release of the rhythmic love jam “Suzanna” set the stage for the album.  “Disco Matanga” featuring Sho Madjozi and Black Motion enticed fans as the lead song from Netflix’s Queen Sono and the uplifting “Brighter Days,” featuring the Soweto Gospel Choir, gave hope at the beginning of the world pandemic. The recent release “Insecure” explores the fear and insecurity that lies deep within. Listen Here:

Singing in Swahili, Luhya, Luo and English, Sauti Sol prides themselves on storytelling as an East African tradition that permeates music from that region and this is what has kept them relevant with audiences across the world and earned them so many accolades along the way.

Related Topics:SAUTI SOL
Up Next

Listen UP: Efya features Tiwa Savage on new single, ‘The One’