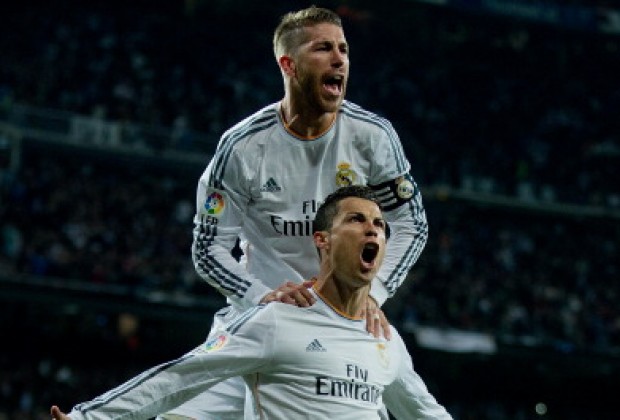 Real Madrid defender, Sergio Ramos has excluded Cristiano Ronaldo from the list of 500 guests to attend his star-studded wedding this weekend.

The Spanish defender will be getting married to his television presenter fiance, Pilar Rubio at the famous Seville cathedral this weekend.

The couple will tie the knot will in front of 500 guests in what has been reported to be a strong contender for wedding of the year.

AC/DC have been booked as the ban to perform at the wedding which will host guests like David Beckham and wife Victoria. His Barcelona rival Gerard Pique with his long-term partner Shakira are expected be in attendance.

Real Madrid stars will also be present. Manager Zinedine Zidane and club president Fiorentino Perez are some of the notable faces to see on the night.
Sidling Ronaldo has been seen by many as deliberate since they fell apart after Ronaldo left Madrid for Juventus.
Ronaldo left Madrid for Juventus last year after winning four Champions League trophies with the Spanish.

He recently won the maiden edition of the UEFA Nations League with Portugal and is currently seen as a strong contender for this year’s Ballon d’Or.