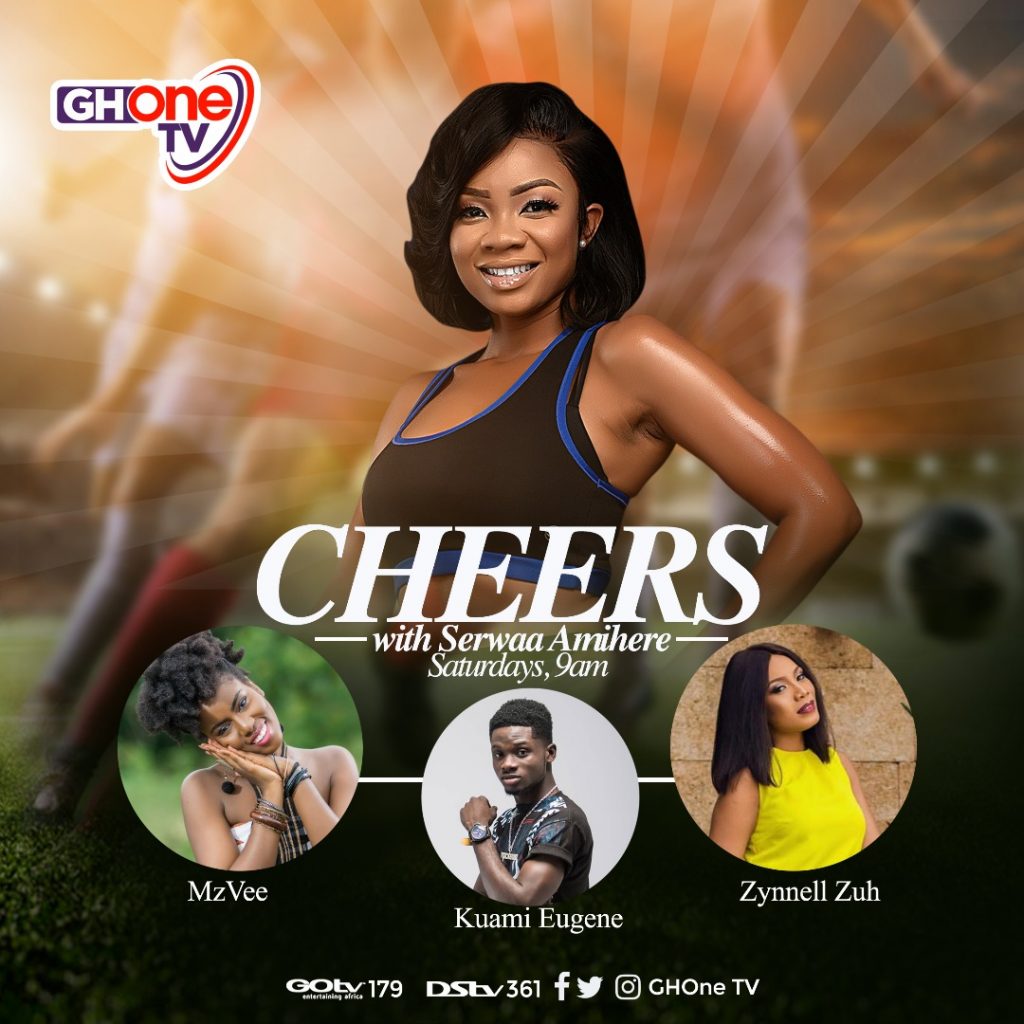 News personality and producer of the award winning current affairs show, State of Affairs Serwaa Amihere has been named as the new host of GHOne TV’s Saturday morning soccer highlights show CHEERS as both international and local leagues enters their fierce seasons. Serwaa Amihere takes over from ace award-winning broadcaster and communication strategist, Nana Aba Anamoah who has hosted the show since its inception a year ago. The new season of ‘CHEERS’ will feature in-depth interviews with sports pundits as well as novices of the game from its home studios at the Platinum Place in Accra. The weekend show kicks off on Saturday May 5, with guests from different sectors of corporate as well as entertainment world; with little or no emphasis on sports experience. Viewers can watch the new CHEERS show live from 9:00 GMT on DSTV channel 361 and GHOne TV. Check GHOne TV social media for live updates.]]>

Related Topics:Serwaa Amihere
Up Next