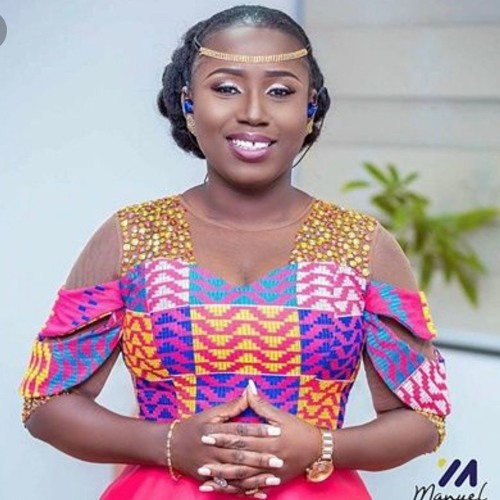 The ‘Mo ne yo’ hitmaker described sexual immorality to be everything sexual that happens outside the confines of marriage. She further explained that sexual immorality is a sin against self and God which makes it more dangerous than other sins because God could easily forgive us but it becomes difficult to forgive ourselves.

She advised young people not to spend intimate times with their partners at their homes since that could easily trigger them into having sex. Describing the situation as a matchstick and petrol put together, it will surely ignite.

When asked about the time range for getting to know someone. Mrs. Diana Hamilton answered by saying “There is no specific time rule for getting to know someone because you can never know them all in all. People change by the day”. However, she insisted six (6) months may be too limited because this period is usually used to undergo counseling from Church. In addition, she admonished single people to work on improving themselves while they wait for their Mr or Mrs Right.

On why it’s important to get to know someone very well before getting married or having sex, she gave a scenario where for instance you meet someone in the UK, without knowing them, you proceed to have sex only to come back home and realise the person is your cousin.

Furthermore, she explained that marriage is between two individuals but actually between two families hence the importance for the family of your spouse to love you.

“If you’ve defiled every girl you met, why do you want a virgin for marriage?” She quizzed in response to a question from a viewer. “Sex is the last thing to sustain a family, don’t rush into sex when there is so much to be learnt from your partner. If you’re going to be “test-driving” (having sex with every partner), then you’re not ready for marriage”; she said in response to another question.

Finally, she promised to support a young lady who is faced with the challenge of losing her university scholarship from a married man who asks for sex in return for the sponsorship. Diana Hamilton Foundation was set up to help people in such situations, she added.

The hour long Instagram Live session ended with a powerful sinners prayer said with over 1,400 viewers.

Global streaming giant Spotify is proud to announce that Sio has been selected to join the EQUAL Africa programme aimed at spotlighting female artists across the continent. END_OF_DOCUMENT_TOKEN_TO_BE_REPLACED

UK-BASED Ghanaian Gospel musician, Joe Bamfro has been nominated in the Gospel Song of The Year category in the upcoming Ghana Music Awards UK(GMA UK) scheduled for October in the United Kingdom.
His song Moko Be did the trick for him and Joe Bamfro is besides himself with excitement being the first time he has ever been nominated in an awards scheme. END_OF_DOCUMENT_TOKEN_TO_BE_REPLACED

Organizers of the prestigious Ghana National Gospel Music Awards have announced a date for the most anticipated event. END_OF_DOCUMENT_TOKEN_TO_BE_REPLACED