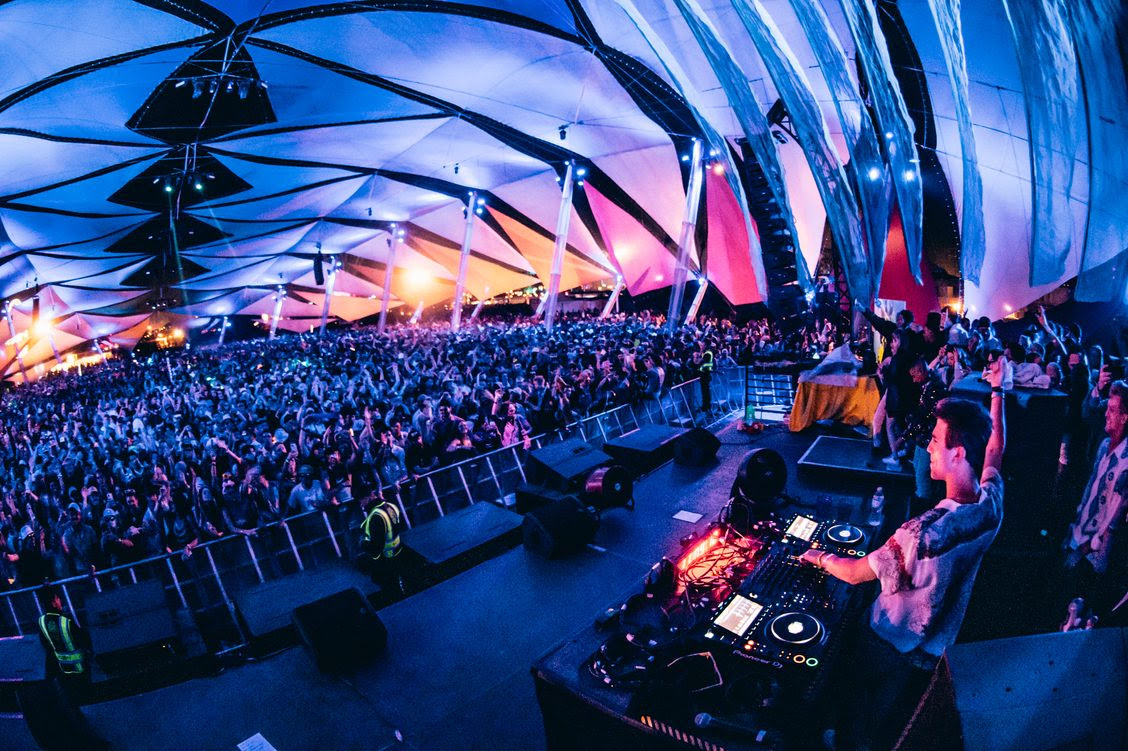 Today, UK super producer, songwriter and performer SG Lewis has released the DJ set from his surprise Do LaB performance Saturday of Coachella’s Weekend One. Do LaB, creators of Lightning In A Bottle and Coachella’s most immersive stage, has built a strong reputation on the Polo Fields of hosting legendary electronic acts alongside next generation rising stars.

One of the stage’s most anticipated aspects is its nightly surprise headliners, with SG Lewis joining other weekend one headliners such as Diplo, Dom Dolla b2b John Summit and Subtronics, with weekend two welcoming Yung Bae b2b Madeon, Hayden James, LP Giobbi and DJ Hanzel aka Dillon Francis.

SG Lewis’ dazzling three-hour DJ set was one of the weekend’s most talked about surprises, drawing in over ten thousand fans to the Do LaB stage for a mix of atmospheric disco, house, and a range of eclectic stylings. It was with widespread fan demand and hundreds of tweets and DMs later that SG made the decision to release this special set for fans to relive the magic, or to experience it for the first time.

In SG Lewis’ own words, “‘The 3 hour set at the Do LaB was probably my favourite experience DJing to date. The extended slot allowed me time to really dive into genres that inspire my own music, and to build slowly in energy over time. I was hesitant to upload the set, as it felt like one of those moments where you had to be there – but listening back to it brings about so many great memories, and so many of you asked so nicely for it. I’ve never received so many messages about a DJ set before, so thanks to everyone for the lovely words. Chopped off the first 15 mins due to an audio issue, but it took me that long to settle in anyway. Hope this recording brings back some great memories to a lot of you too :)”

SG has been on a tear as of late, with his widely acclaimed debut album ‘times’ landing in 2021 with features from Robyn & Channel Tres, Nile Rogers, Frances, Lucky Daye and Lastlings. Both his live performances and DJ sets have become the stuff of legend, taking over venues and clubs globally with his unique and powerful stage presence. Coachella weekend one also saw him take center stage at A Club Called Rhonda’s revered desert extravaganza.

The thrilling and interactive Do LaB experience at Coachella is another example of what the brand has in store for this year, including the return of their premiere multifaceted boutique festival Lightning in a Bottle. The five day experience fuses a forward-thinking musical lineup, immersive art installations, and cause-driven educational yoga and art programming within a sprawling lakeside venue in beautiful Buena Vista Lake, California.

Related Topics:SG Lewis
Up Next

R.Kelly has been removed from suicide watch after a face-off with federal authorities in the United States. END_OF_DOCUMENT_TOKEN_TO_BE_REPLACED

A multi-millionaire Russian businessman has been found shot dead at his mansion. END_OF_DOCUMENT_TOKEN_TO_BE_REPLACED

Cheryl, 61, and Quran McCain, 24, who became TikTok sensations by sharing details about their relationship with more than 2.3 million followers on just one account (@Kingqurannewpage), have revealed they are willing to spend up to £120,000 on a surrogate to have a baby together. END_OF_DOCUMENT_TOKEN_TO_BE_REPLACED

The BBC has received six complaints against disgraced DJ Tim Westwood over alleged bullying and sexual misconduct, including a historical one that was referred to the police, despite previously insisting it was unaware of any concerns about the DJ’s behaviour. END_OF_DOCUMENT_TOKEN_TO_BE_REPLACED